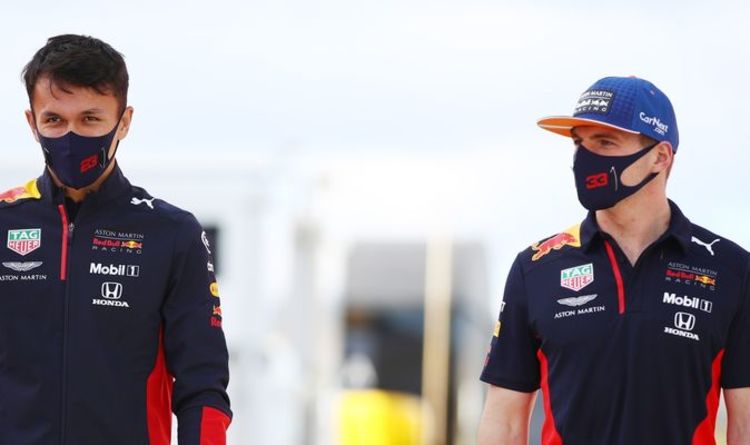 Former Red Bull driver Alex Albon has explained why it is so tough to be a teammate of the team’s star driver Max Verstappen as he eyes a return to Formula One.

Albon spent just under two seasons alongside the Dutch star but struggled to match the form the 24-year-old was producing throughout his spell, resulting in him being replaced by Sergio Perez for 2021.

The 25-year-old understandably found it tough to match the levels Verstappen was producing for the Red Bull team, just as his predecessor Pierre Gasly did who he replaced part way through the 2019 season.

As a result in a recent interview with the F1 Nation Podcast, Albon explained a big difficulty he faced compared to his teammate was not being able to adapt to the Red Bull car as quickly as Verstappen.

Albon said: “They’re [Red Bull] not putting extra pressure on you… the media is already doing that. Besides, I already put most of the pressure on myself, nobody can add to that.

“How the car can be fast is just not as easy for Sergio and myself to figure out as it is for Max.”

The 25-year-old also discussed what it was like to work alongside adviser Helmut Marko, after the 78-year-old has often earned a bad reputation amongst his former drivers and colleagues due to his critical approach.

Instead, Albon told of how the ‘villain’ role that is often painted over Marko is not the case, as he commented: “I think there’s a misconception about it, truthfully speaking. I think there’s that ‘villain’ role played within the media about it all, but it’s definitely nowhere near like that, basically.

“You guys [the media] know more than I do. I think Helmut probably gets the worst role on the global side of it, but I think it’s just Red Bull in general.

“Firstly, you have to realise they are a winning team, they expect good results. That leads to a culture within the team of ‘we’re not winning, we’re not happy’ and that’s how it should be really.

“Of course it’s tough, especially when you don’t have much experience to be in a top team. But yeah, that is what it is. I think more than anything it’s just trying to get confident with the car.”

Following his time away from Formula One the 25-year-old will make his return to the grid after one year away as he teams up with Williams for the 2022 season alongside Nicholas Latifi.

This comes after Williams’ youngster, and rising star George Russell secured a move to join seven-time world champion and fellow Englishman Lewis Hamilton at Mercedes for the next campaign.