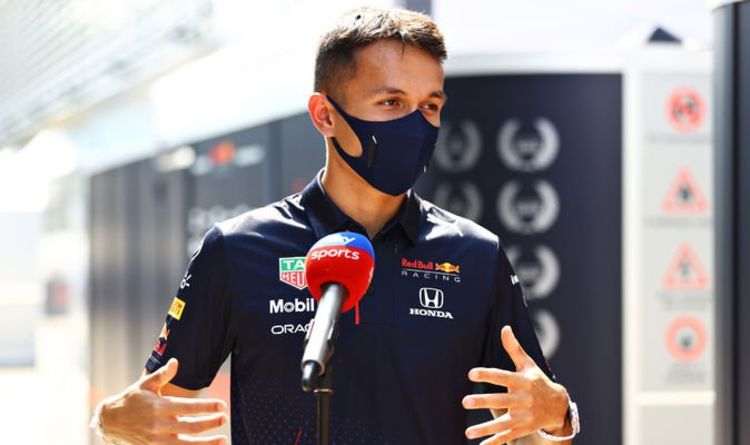 Alex Albon has admitted he has no idea about the specifics of the clauses inserted into his new contract at Williams by Mercedes. The British-Thai racer will return to the grid in 2022 after a year out of the sport, replacing George Russell who heads to the Silver Arrows to form an exciting all-British pair with Lewis Hamilton.

Albon struggled in his season-and-a-half at Red Bull and was ultimately dropped in favour of Sergio Perez.

Christian Horner and Helmut Marko wanted to get the 25-year-old back on the grid as quickly as possible, but chose to hand the Mexican another contract – meaning there is no space at Red Bull for 2022.

Fortunately for Albon, a deal was struck allowing the racer to move to Williams to race alongside Nicholas Latifi.

For it to happen Red Bull had to let Albon off their books – though the team says it will retain a relationship with him which includes unspecified “future options”.

Mercedes were happy to let the Red Bull man join Williams, even though it took up a seat that might have been filled by their Formula E champion Nyck de Vries.

But boss Toto Wolff confirmed the Silver Arrows had taken the precaution of making sure certain clauses were included in the deal.

“What was important for us is if a driver from another power unit manufacturer joins the team then there is very strict and clear IP confidentiality clauses,” the Austrian said.

“That was always in great harmony with Williams, they know exactly where we are coming from and what is important to protect.”

Albon is certain that he will be able to return to F1 in 2022, but he is less clued up on what exactly those clauses in his contract are.

“I have no idea, to be honest,” he said when posed that very question.

“It hasn’t been talked about yet. Still things are ongoing. We’ll have to wait and see what they are.”

While he will no longer have an official relationship with Red Bull, the British-Thai racer is open to returning to the team at some point in the future.

“I would say it would be silly not to think, you know, that Red Bull is a team that I’d possibly come back with. At the moment though, I’m not really thinking so long term like that,” he said.

“It really feels like I’ve got to focus right now this year on my main priority, which is obviously getting us to win the championship, and then coming onto next year will be solely on Williams and developing the car and making sure we have a good year and I keep growing through that side.

“It’s a lot of dreaming, let’s say, if you think about the future. I just feel like right now I have to do the best job I can, focus kind of short term, and see what lays ahead.”

Meanwhile, the news of his impending return to the grid was well-received by close friends Russell and Lando Norris.

“I respect him a lot and think he’s a very good driver so just for him to get that second opportunity in Formula 1 is, I think, a good thing,” said the McLaren ace.

Russell added: “He’s always been there in everything he’s ever done. I’m sure the environment at Williams is going to suit him down to a tee and he’s going to perform really well. I truly believe he deserves a chance on this grid.”

• F1 POLL: Was Max Verstappen to blame for Lewis Hamilton crash? Was his punishment fair? Have your say. 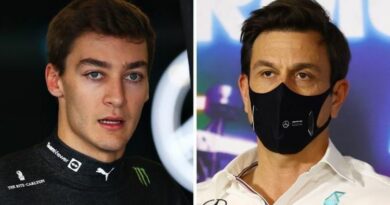 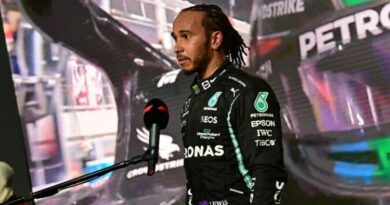