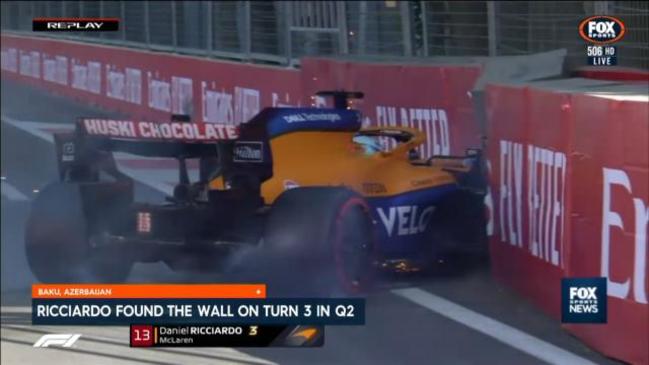 The F1 world order has been flipped on its head in recent weeks and Mercedes are taking no prisoners as the civil war heats up. The Azerbaijan Grand Prix is threatening to be a chaotic one after five cars crashed during qualifying, including Aussie Daniel Ricciardo.

Ricciardo will start in 13th on the grid after he crashed on turn four during Q2, ending his chances of a top 10 start.

Ferrari’s Charles Leclerc will start on pole position, next to Mercedes’ Lewis Hamilton with Red Bull’s Max Verstappen and AlphaTauri’s Pierre Gasly on the second row of the grid.

It was a dire qualifying for McLaren with Ricciardo’s crash and Lando Norris handed a three-place grid penalty.

Lights out at 10pm AEST.

It sets up an off-track battle that's just as intriguing as the on-track fireworks.

Despite a horror weekend during practice, Lewis Hamilton pipped Verstappen in qualifying with a shock second place.

Belgian GP grid: How the field lines up for Sunday’s Spa race