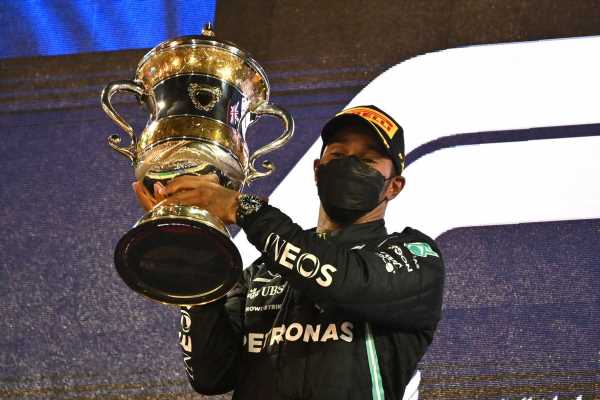 Lewis Hamilton opened his bid for an unprecedented eighth world championship by beating Max Verstappen to victory in Bahrain.

Formula One’s two brightest stars diced for the win in an opening race which will live long in the memory.

Hamilton’s “still got it”

Hamilton had no right to win Sunday’s first race of the campaign. On tyres 11-laps older than Verstappen’s and in a slower machine, many would have wilted under the pressure.

But Hamilton produced a defensive masterpiece to keep his rival at bay. The seven-time world champion did not make a single error, allowing him to take advantage of Mercedes’ aggressive and well-calculated strategy.

“Still got it,” said Hamilton, 36, when he crossed the line just 0.7 seconds clear. His race engineer, Pete Bonnington replied: “Yep, not bad for an old man”.

Verstappen has been crying out for a car to take the challenge to Hamilton. Now, it appears, he has got one.

Completing a practice treble and taking pole left him as the favourite for victory. Indeed, speaking an hour before the race, Verstappen said: “I will try and get a clean start and if the car is fast enough we will seal the deal.”

The Dutchman did enjoy a strong getaway, and his Red Bull was fast, too. But he obviously did not account for Hamilton’s brilliance in his pre-race prediction. Verstappen had four laps to win the race and he could not do it.

It might be only the first race of a possible 23, but that will nag on the mind of the Red Bull man, and in turn provide Hamilton with an early psychological advantage. 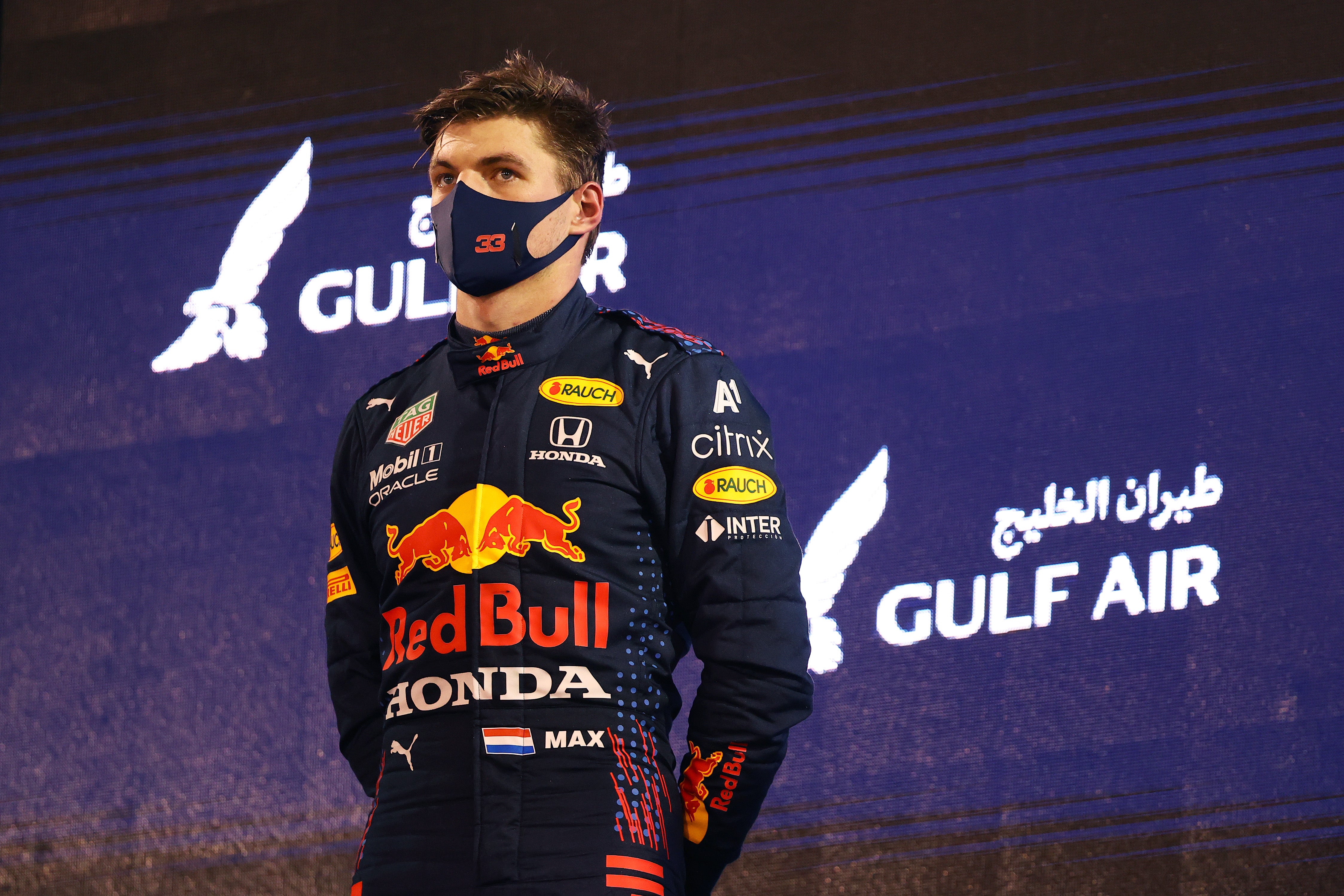 Verstappen had started on pole position in Bahrain

Red Bull are a genuine threat to Mercedes

Hamilton’s Mercedes team have dominated in the recent era, winning the past seven drivers’ and constructors’ championships. But Red Bull have created a car which can fight the all-conquering Silver Arrows.

Indeed, Verstappen finished almost four tenths clear of Hamilton in qualifying. Traditionally, Red Bull improve as the year progresses, leading to the prospect of Hamilton and Verstappen battling it out throughout the season. It has all the hallmarks of a rivalry for the ages.

Norris impresses but it is back to reality for Russell

The next generation of British drivers endured contrasting fortunes in Bahrain. Lando Norris delivered one of the most impressive performances of his career to finish fourth for a McLaren team which might claim to have the best all-round package behind Red Bull and Mercedes.

But George Russell, who deputised so brilliantly for Hamilton at last year’s Sakhir Grand Prix in Bahrain, was rather anonymous in his abject Williams, finishing 14th of the 16 drivers who made it to the chequered flag.

A weekend to forget for Vettel

Sebastian Vettel’s calamitous Aston Martin debut concluded with him being punished by the stewards for a second time in as many days.

After the quadruple world champion was thrown to the back of the grid – penalised for failing to slow under yellow flags in qualifying – he then crashed into Alpine’s Esteban Ocon during the race. Vettel was hit with a 10-second penalty for the incident and two points on his licence. 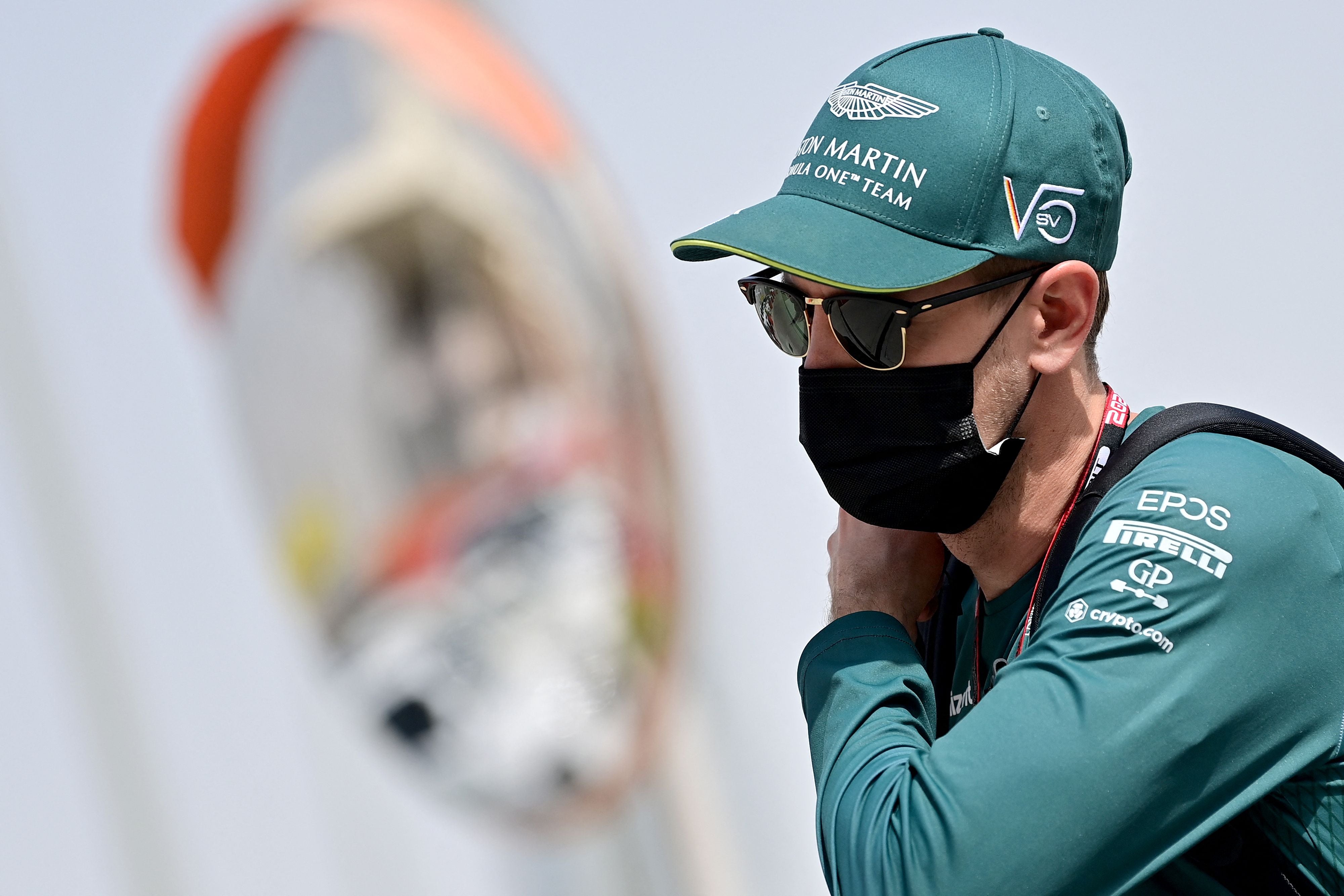 The 33-year-old signed for the rebranded Aston Martin team in the hope of renewed glory following a dismal end to his six-season spell with Ferrari. But he has appeared alarmingly uncomfortable in his new machine. Even before his grid penalty, he was due to line up for Sunday’s race only 18th of the 20 runners. 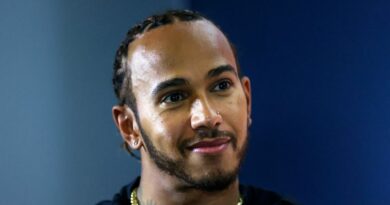