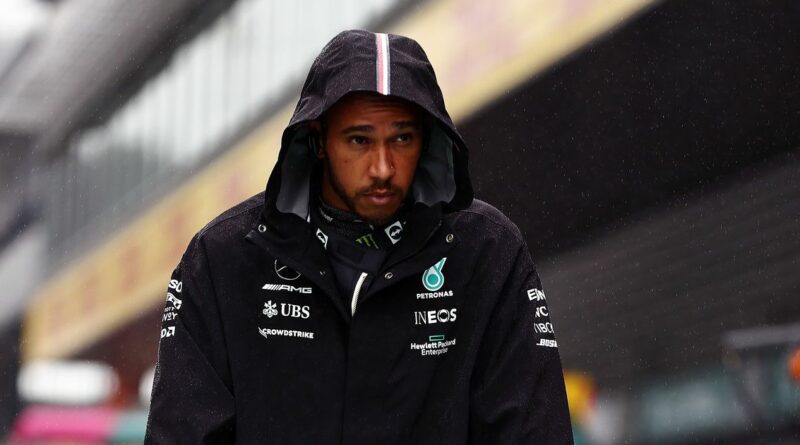 The Belgian Grand Prix has been abandoned because of torrential rain – but half points will still be awarded, which means Lewis Hamilton's world championship lead to Max Verstappen has been cut.

Conditions have been atrocious at the famous Spa-Francorchamps circuit all weekend, with Saturday's qualifying completed in treacherous weather.

It was hoped conditions would improve for Sunday's race, but more unrelenting rain made the track even more hazardous as drivers complained about low visibility on the 4.32mile circuit.

The Grand Prix was due to start at 2pm UK Time, but with rain continuing to fall over the track, race director Michael Masi made the decision to delay the start by 10 minutes.

That was then extended to 15 minutes after Red Bull's Sergio Perez succumbed to the conditions when he crashed his car on the way to the grid.

The race eventually began under a safety car at 2:45pm, but after just two formation laps, it was decided that conditions were too hazardous and the Grand Prix was red flagged.

After a near three-hour wait, the drivers tried again at around 5:20pm, but with the weather still too dangerous, the red flag was brought out once more.

This time there was to be no reprieve, and soon enough it was confirmed that the race would not resume and that half points would be awarded as more than two laps had been completed.

Max Verstappen 'won' the interrupted race and picked up 12.5 points, cutting Lewis Hamilton's lead in the drivers standings to three points after the Briton could only finish third.

George Russell, who is widely expected to partner Hamilton at Mercedes next season, finished third courtesy of his extraordinary qualifying performance on Saturday.

Reflecting on a crazy afternoon, Verstappen told reporters: "Now, in hindsight, it was important to get the pole position – but it was a shame not to do proper laps.

"The visibility was very low. If we had started at 15:00 (local time), we would have had a better chance.

"It's a win but not how you want to win. Credit to the fans to stay here all day. In the cold and rain. They are the bigger winners today.

"We have to keep on pushing, keep trying. We have a few more races, we have a good car and we will keep trying."

Michael Schumacher’s F1 dream for Mick revealed by former manager: ‘That was his ambition’ 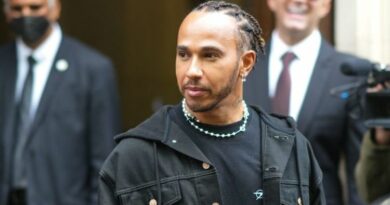