Bernie Ecclestone has shockingly claimed black people are more racist than white people “in lots of cases”, with the former F1 supremo suggesting Lewis Hamilton’s newly-announced commission will have little impact on improving diversity in the sport. Ecclestone made the outlandish comments during an interview with CNN, in which he praised Hamilton for making his voice heard but stated F1 is unlikely to change.

Ecclestone, who ran F1 for almost 40 years prior to Liberty Media’s takeover, remains chairman emeritus of the organisation.

The 89-year-old Brit has hailed Hamilton for using his profile to raise awareness of issues facing black communities across the world.

“Lewis is a little bit special,” Ecclestone told CNN. “First, he’s very, very, very talented as a driver and he seems to be now extremely talented when’s he standing up, making speeches.

“This last campaign he’s doing for black people is wonderful. He’s doing a great job and it’s people like that – that’s easily recognisable – that people listen to.”

Hamilton last week announced his intentions to launch The Hamilton Commission to provide pathways into motorsport, and ultimately F1, to youngsters from BAME and disadvantaged backgrounds. 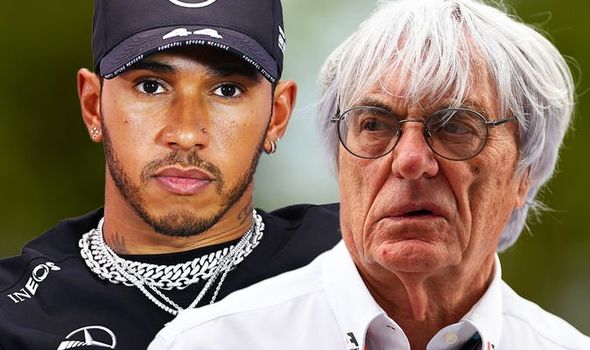 Ecclestone has, however, dismissed the chances of the scheme playing a key role in increasing diversity in the sport and emphatically said “no, not at all” when asked if F1 is racist.

And the business magnate, who now lives in Brazil, has claimed black people are more racist than white people “in lots of cases” – a statement he did not back up with examples when challenged by CNN reporter Amanda Davies.

“I don’t think it’s going to do anything bad or good for Formula 1,” Ecclestone said. “It’ll just make people think, which is more important.

“I think that’s the same for everybody. People ought to think a little bit and think: ‘Well, what the hell. Somebody’s not the same as white people and black people should think the same thing about white people.’

“In lots of cases, black people are more racist than what white people are.” 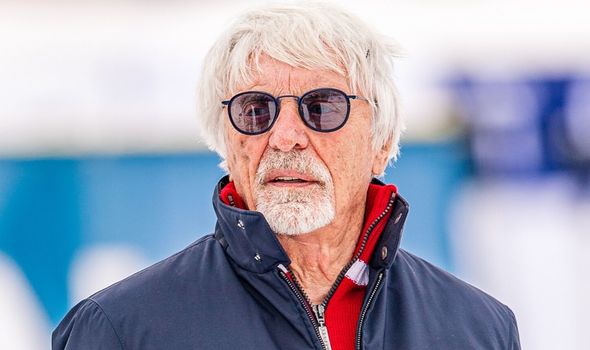 When asked ‘what makes you say that?’ Ecclestone said: “Well things over the years, I’ve noticed. And there’s no need for it.”

Asked if it’s a case of fighting for equality and against injustice over a long period of time, Ecclestone said: “Well, against injustice for anyone, whatever colour they are. It’s important to do something about that for a start.

“I don’t think you’re gonna easily change people’s attitude. I think they need to start being taught at school. So they grow up not having to think about these things.

“I think it’s completely stupid taking all these statues down. They should’ve left them there. Take the kids from school to look and say why they’re there and what the people did and how wrong it was what they did.”

Hamilton’s calls for F1 to transform into a sport which better reflects the diverse make-up of society have influenced the decision to launch the official We Race As One initiative.

Ecclestone has claimed action has not been taken before because teams are simply focussed on on-track matters and protecting their business interests.

“Well, they’re too busy trying to win races or find sponsors or something,” Ecclestone said. “Really other things are of little, if any, interest.”

Ecclestone claimed the onus is on F1 fans – rather than the sport itself – to fight racism.

“I’m surprised if anyone in Formula 1, certainly the teams and the people like the promoters, have any concern about this. I think it’s the public at large that have to start thinking.

“I don’t honestly believe over the years, in general people have been that much concerned. They should have been. It’s not a good excuse not to be concerned.

“But everybody’s too busy doing things that they have to do on a day-to-day basis, to think about something that doesn’t directly affect them. It probably affects all of us. But not directly.” 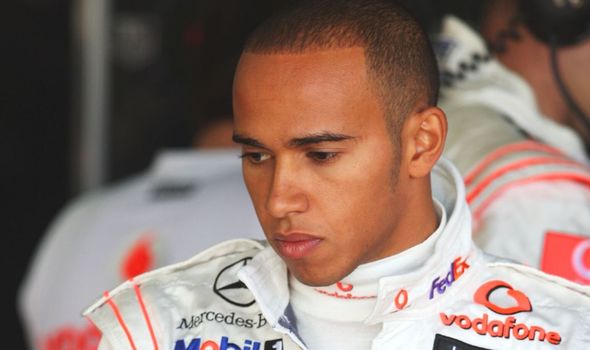 Hamilton, who has become one of British sport’s most notable advocates of the Black Lives Matter movement, has opened up on his own experiences of racism.

They included an incident at the 2008 Spanish Grand Prix, where the 35-year-old was taunted by spectators in blackface.

When it was suggested Hamilton had faced abuse nobody should have to deal with, Ecclestone said: “I didn’t know he had. If he has, I’m surprised.”

Referring to the incident in Spain again, Ecclestone said: “I’m really unhappy if he took it seriously. I never thought he did. I didn’t think it affected him.

“I did [deal with it] behind the scenes a little bit, what else could you really do?”