Bernie Ecclestone has aimed fire at Lewis Hamilton once again after the Brit questioned why former names of the sport are constantly offered the platform to share ‘negative’ opinions. Hamilton’s comments were sparked by three-time world champion Nelson Piquet naming him a racial slur in a recently-emerged interview from 2021.

But Ecclestone, who has grown a reputation for speaking against the 37-year-old Mercedes star, was among those who defended Piquet. He said: “Nelson would never go out of his way to say anything bad, certainly. It’s [the word ‘neguinho’] probably not appropriate with us, but probably it isn’t something terrible that happens if you said that in Brazil.”

During a memorable British Grand Prix weekend, Hamilton labelled the pundits of Piquet and Ecclestone’s ilk irrelevant in a plea to hand more opportunities to the younger, more diverse generation.

“In the last couple of weeks, I don’t think a day has gone by when someone who has not been relevant in our sport for decades has not been saying negative things and trying to bring me down,” Hamilton explained. “But I am still here and still standing strong. I’m focused on my work and pushing for diversity and inclusion in our sport.”

JUST IN: Helmut Marko cracks joke at Lewis Hamilton’s expense ahead of Austria 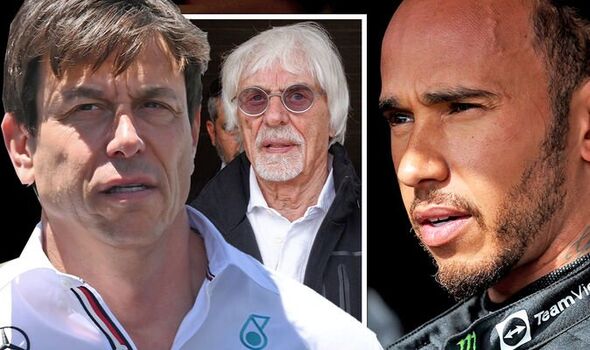 But now in an interview with Blick, Ecclestone has hit back at Hamilton’s dig. The ex-F1 CEO claimed Hamilton has ‘forgotten’ plenty by criticising him because he incredibly offered to pay part of his salary when Mercedes couldn’t meet his demands.

He told Blick: “Lewis has forgotten a lot. When Mercedes didn’t want to pay him what he asked for, I immediately said I would pay the difference. Formula 1 needs someone of colour, a Chinese and a woman.” 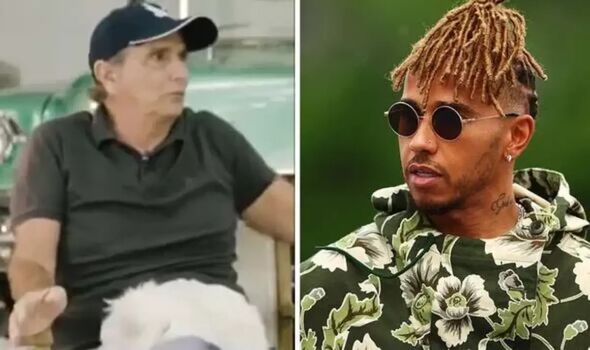 Ecclestone also spoke to Piers Morgan on his ‘Uncensored’ show, where the latter suggested his extreme views on the Hamilton racism saga imply that he simply ‘doesn’t get it’. But he proceeded to describe Hamilton’s opinion on the older generation getting the chance to publicise their views on the modern sport as ‘rubbish’.

“A complete load of rubbish,” Ecclestone argued. “If he’s referring to me… there’s nothing I’ve done. He should even think a little bit; his father and myself were talking about going into business a little while ago. I’m not racist. Quite the opposite actually, and to say things like that is completely crazy.”

Formula One: Disappointment at cancellation of Singapore GP but many also understand 'safety first' rationale