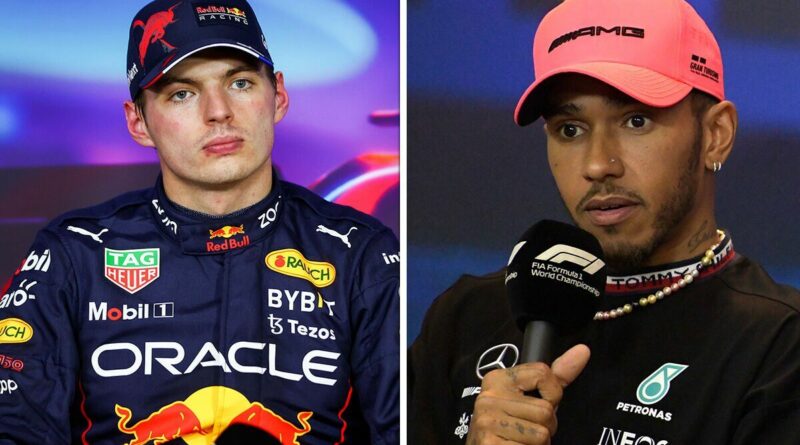 Bernie Ecclestone says he hopes Max Verstappen can beat Lewis Hamilton’s F1 records in a snub at the seven-time champion. The former boss sided with the Dutchman as he hinted the 25-year-old could surpass Hamilton’s unbelievable run.

He told De Telegraaf: “It depends on his car, but if Red Bull gets its act together I don’t see why he can’t keep winning. Will Max ever break the record of seven world titles? Who knows. Let’s hope so.”

The Dutchman has secured back-to-back titles whereas Hamilton had to wait six years to follow up his maiden championship. The Briton was 29 when he picked up his second championship in 2014 before Mercedes began to dominate in the turbo-hybrid era.

Red Bull will be expected to remain competitive for the rest of the current rules cycle offering Verstappen a chance of repeating a similar feat. Verstappen is now almost one-third of the way to Hamilton’s tally with most of his success coming over the past two seasons.

The Red Bull star has two championships and 35 race wins to his name as he closes in on Hamilton’s seven crowns and 103 victories. Verstappen has added 25 top-step finishes to his tally in the last two years alone as he had just 10 wins after the 2020 season.

However, the Red Bull driver has to first surpass Michael Schumacher’s tally with the German having scored just 91 race wins to secure his seven crowns. Schumacher’s brother, Ralf, has suggested Verstappen could go on to beat the records but suggested it could be out of his hands.

The former WIlliams star explained: “Even though he’s only 25 years old, I think it’s a bit premature to think about tackling the records set by Lewis Hamilton and Michael. I’m assuming that Verstappen isn’t up to it just yet. That’s still a long way off. In terms of driving ability, of course, he can definitely do that, there’s no doubt about that.

“But we also know that in F1 it also depends on factors that the driver cannot always influence.” Verstappen has hinted he wants to remain at Red Bull for the long term after signing a contract extension until the end of 2028.

However, Red Bull chief Helmut Marko has suggested the double world champion could walk away from the sport before he is able to challenge the record books. He said: “We want to win more titles together. But I doubt if we will see Max drive until he has broken all records.

“He could make it, but he’s also the type of person who packs his things and leaves when he no longer feels like it. No matter how much you offer him, he won’t stay. And that could happen sooner than we all think.” 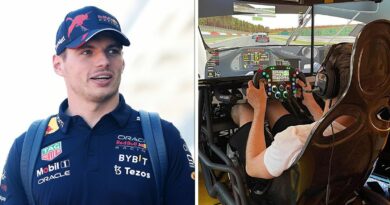 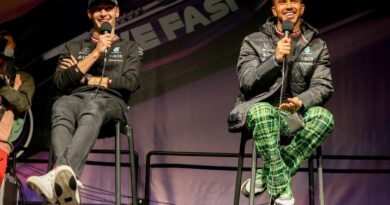