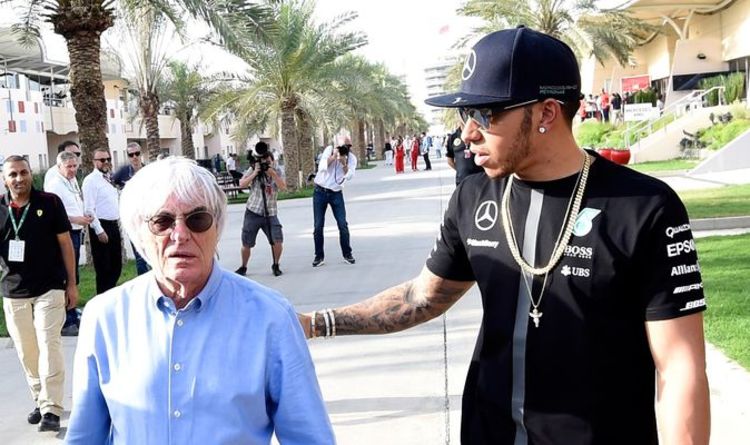 Former F1 chief Bernie Ecclestone has questioned the decision to award Lewis Hamilton a knighthood. Hamilton, 36, visited Windsor Castle on Wednesday, where he was knighted by the Prince of Wales for his services to motorsport.

The ceremony came just four days after the Mercedes driver endured a heartbreaking end to the 2021 F1 championship, losing the title to Max Verstappen in controversial fashion at the Abu Dhabi Grand Prix.

Hamilton was in control of the race in the closing laps when Williams driver Nicholas Latifi crashed out, subsequently causing chaos when a safety car was deployed.

Even then it didn’t look like there would be time for any further racing, only for race director Michael Masi to alter his original instructions to drivers in an attempt to speed up the safety process and ensure there was one final lap of racing.

With second placed Verstappen having just pitted, on worn tyres Hamilton was vulnerable and the Dutchman duly overtook him to take the chequered flag in sensational fashion.

Mercedes duly launched a process into Masi’s decisions, but that was dismissed on Sunday night and the ‘Silver Arrows’ then immediately served notice of intent to appeal.

However, on Thursday, after the FIA released a statement vowing to meet with all F1 teams to clarify the issue, the Constructors’ champions confirmed they would not be pursuing that option.

It’s all amounted to a whirlwind few days for Hamilton, who now remains tied with Michael Schumacher on a record equalling seven world titles.

However Ecclestone, 91, appeared to have little sympathy as he questioned whether the British driver was worthy of his royal honour.

“Only people who have really done something for the country should be knighted,” he told the German broadcaster n-tv.

“I don’t think many people who are knighted now really deserve it. They all make a lot of money and donate some to charity but they haven’t done anything specific for the country.”

Ecclestone, who continues to act as an advisor to the Formula One Group, was also scathing about Toto Wolff’s angry reaction to Verstappen’s win at the Yas Marina, and argued Mercedes weren’t the only ones who could feel hard by.

“Other team members were probably angry too,” he said, “But he was the only one to show it.

“If Mercedes don’t win the championship retrospectively, he should at least get an Oscar for acting.”

Hamilton himself was gracious in defeat, using his post-race interview to congratulate Verstappen, and thank fans and team members.

However, both he and Wolff opted to miss Thursday’s FIA prize-giving gala as the fall-out from the controversy continues. 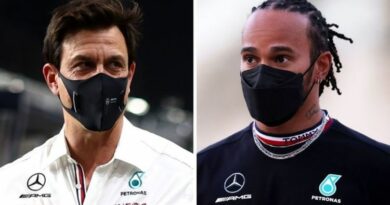 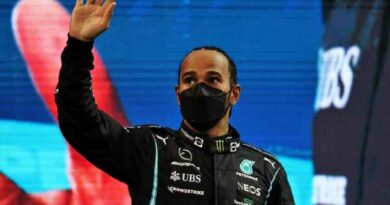