Renault boss Cyril Abiteboul has opened up on his frustration about Daniel Ricciardo leaving just when he expects his team to turn a corner.

The Aussie F1 star is bailing after two years with the French outfit, who he joined after quitting Red Bull at the end of 2018. He will link up with McLaren next season, after Carlos Sainz joined Ferrari because the Scuderia are cutting ties with four-time world champion Sebastian Vettel.

Ricciardo’s stint at Renault has been marred by a series of on-track blips and despite some fourth-placed finishes in a disrupted 2020, the 31-year-old is yet to stand on the podium wearing yellow and black.

Abiteboul was clearly upset when Ricciardo announced he was joining McLaren, issuing a backhanded statement saying: “Reciprocated confidence, unity and commitment are, more than ever, critical values for a works team.”

And the Renault chief says it hurts even more knowing Ricciardo is heading out the door when he’s confident about what the team’s future looks like — even if he can’t prove it.

Ricciardo knew he wasn’t stepping into a world-beating car when he signed with Renault, but was impressed with its vision for the future. Unfortunately that vision hasn’t materialised in the two season he’s spent there, and Abiteboul knows it takes more than empty promises to keep a driver interested.

Not everything has gone to plan for Ricciardo at Renault.Source:AAP

“I think everyone has been able to feel the frustration, and my own frustration, when it (Ricciardo’s exit) was announced,” Abiteboul told Motorsport.com.

“And let’s be honest. I had the feeling that this (progress) was coming, that the team had made a step up, and that the car would be better.

“Plus that there was much more to come actually in the pipeline, that he had not driven yet. I knew the figures, but the problem is that it’s only figures, and I know that he’s been promised lots of things in the past not only by us, but also by his previous team (Red Bull).

“Daniel is very emotional but he has clearly made a step up. He has gained massively in confidence with the team and with the car, and the relationship between him and his race engineer is very, very strong. We see all of that, it’s finally paying dividends.”

Renault is replacing Ricciardo with two-time world champion Fernando Alonso, who is returning to F1 after leaving the sport at the end of 2018.

The Spaniard is contracted until the end of 2022 and Abiteboul says the Ricciardo experiment has made it clear Renault needs to look at the long-term when bringing new people in.

“It’s really true that when you change driver, you make a step back before making a step forward,” Abiteboul said.

“Because year one is always a bit of an investment before the years ahead. So we need to have longer stints with our drivers if want to make steps forward.”

Ricciardo finished ninth in the drivers’ standings in his debut season with Renault, while the team slumped to fifth in the constructors’ championship, falling behind McLaren as the best of the midfield teams.

This season Ricciardo sits seventh in the individual standings while Renault is again fifth — ahead of Ferrari but behind McLaren and Racing Point. 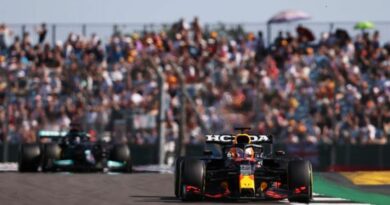 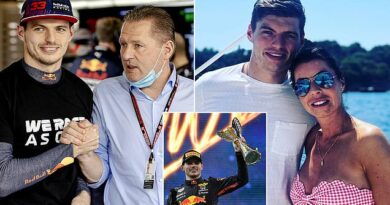