Daniel Ricciardo wants answers after he complained about being burned by Lance Stroll’s “desperate” move at the Styrian Grand Prix last weekend.

The Aussie F1 star was sixth when Stroll drove up the inside and forced him off the track and at the end of proceedings the Racing Point driver finished seventh — one spot ahead of Ricciardo.

Ricciardo said it was a fair move if the drivers stayed on the tarmac but given they both fell off then Stroll needed to take responsibility for failing to execute the overtake properly.

Stewards didn’t penalise Stroll but that’s not the end of the matter for Ricciardo, who plans to raise the issue again at the next drivers’ briefing ahead of the weekend’s Hungarian Grand Prix.

“I have never wanted to have rules so tight it discourages us to race. But you know, I don’t want it that we’re driving on eggshells and scared to pull the trigger, but there’s trying and also failing,” Ricciardo said.

“Both of us went off track. If I turn in, we crash but he also brought himself off track with us. He tried a move, which he was completely in his right to do. I left room, which I guess I shouldn’t have. But he tried and because we both went off, I see that as a failed attempt, so the position should have been given back.

“For me, I think that’s pretty crystal clear. If he made the corner and squeezed me off, I accept that that is a move. But to take both of us off, I don’t see how that works in any situation.

“We’ll talk about it in the drivers briefing and see everyone’s opinion, what they say. I can’t see any drivers saying, ‘That’s a clean move, that’s how it’s going to work’, because it never adds up like that.”

Although Ricciardo acknowledged Stroll didn’t force him off the track intentionally, he said the small margin for error meant the Canadian should have known the risks of his move not working out.

“I’m sure when he went down the inside, I’m sure he knew it would be tight because it was already quite narrow and he came from a fair way back,” Ricciardo said.

“But I don’t think he expected or wanted both of us to go off track.

“Obviously he kept his foot into it, and said, ‘Alright, if I get penalty, OK, if I don’t I’ll claim a move’. I don’t think it is necessarily something to discuss with a driver, as in, ‘That was a dirty move, what were you thinking?’

“It’s more that this needs to be spoken to as a group with us drivers and stewards together to try and educate everyone as to what is right and wrong.

“But I don’t expect Lance for example to go and do it this weekend and think he’s going to get away with it every time. That’s why we need to talk probably Friday in the drivers’ briefing.”

Renault is sixth in the constructors’ standings after a disappointing start to the season. Ricciardo failed to finish the first race of the season because of a radiator issue while his teammate Esteban Ocon was crippled by the exact same problem in the second race.

The French outfit admitted the mechanical woes were “extremely frustrating” and have vowed to investigate what’s going wrong. 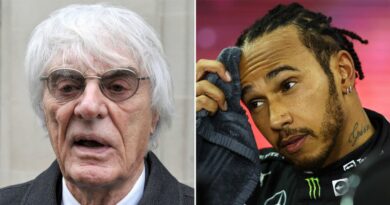 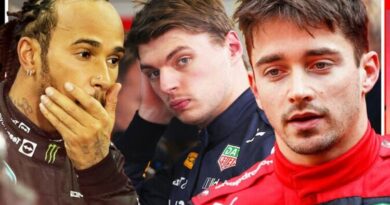 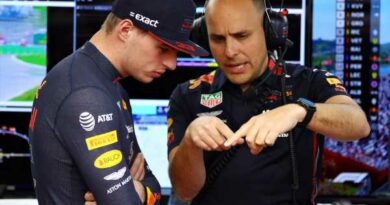