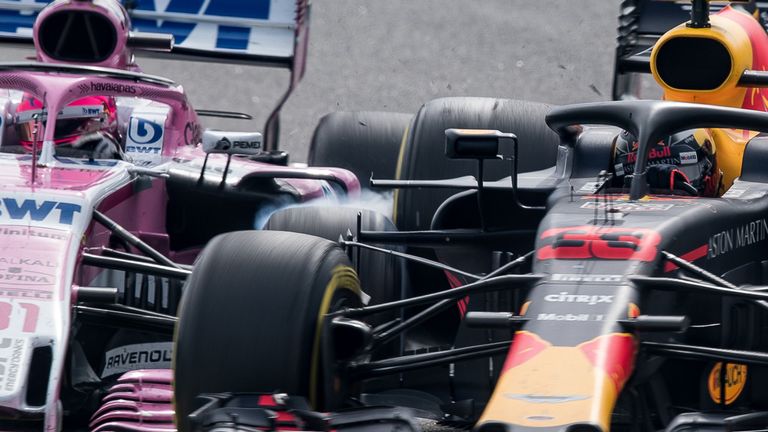 Max Verstappen’s hopes of completing what would have been a stunning drive to Brazilian GP victory were scuppered by a contentious collision with Esteban Ocon.

Stewards came down hard on the Force India driver, issuing him with a 10-second stop-and-go-penalty and three penalty points on his superlicence.

Ocon’s driving was also condemned by Verstappen and his Red Bull team but Ocon and Force India were adamant the clash had not been squarely his fault and Verstappen could have allowed more room for them to both make the corner.

The Red Bull view
Max Verstappen: “Once I got by Lewis I was saving my tyres to bring it to the end and he [Ocon] had just come out of the pit lane and, of course, they have the right to overtake you but you have to be cautious.

“The amount of risk he was taking, I don’t think it’s correct. They gave him a penalty so I guess that says enough anyway.

“Of course afterwards you can easily say ‘oh Max, you should have given room’ and blah, blah, blah but it’s not like that. We are racing and you don’t expect that a backmarker is taking you out.” 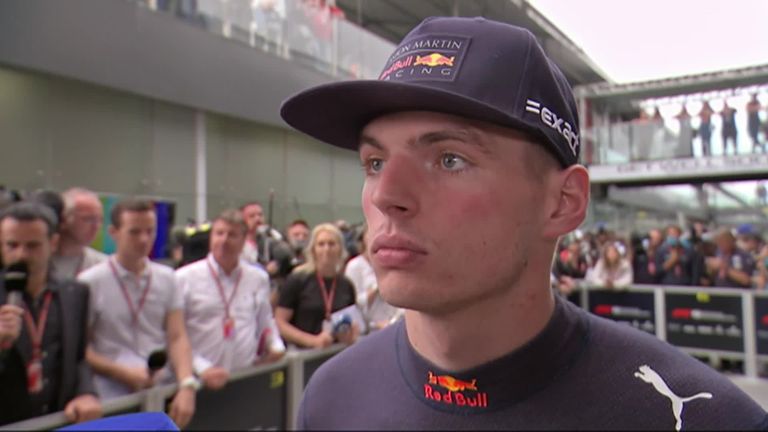 Christian Horner: “It’s incredibly disappointing to lose the victory with Max following what can only be described as irresponsible driving from a backmarker.”

I respect the FIA’s decision but just to be clear, if you are faster you are allowed to unlap yourself. I overtook 7 times into turn 2 this race it was always tight, but always fair… #EO31 #brazilgp #swipe⬅️ pic.twitter.com/UrmujIj09Q

Otmar Szafnauer: “Not really disappointed with our driver at all. I don’t think Max left him any room and he knew he was there.

“For sure he’s got to leave him room otherwise they run into each other.”

The stewards’ view
Official verdict: ‘The driver of Car 31 (Esteban Ocon) was a lapped car. The Stewards noted that he had new Super Soft tyres. Ocon attempted a pass on the leader, Car 33 (Max Verstappen) to un-lap himself at the outside of turn one.

‘The Stewards determined that he failed to complete the pass at turn one, and as a lapped car, fought the leader for track position, causing the collision at turn 2 with the race leader.’

What’s your view?
VOTE in the poll below:

Azerbaijan GP: What you need to know