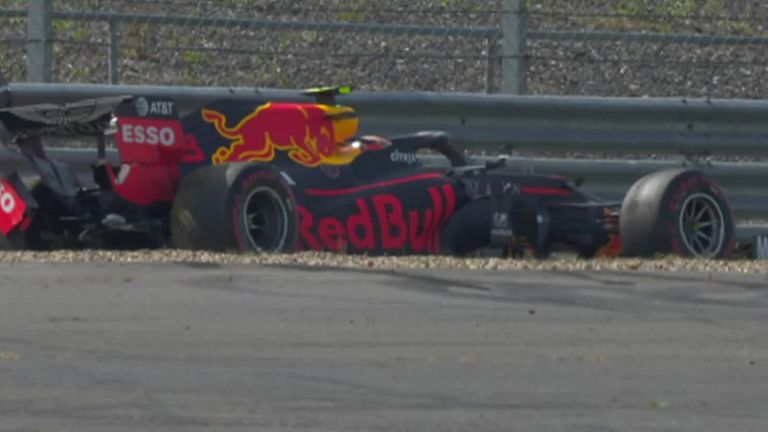 Lance Stroll underlined Racing Point’s growing momentum by setting the Friday pace at Silverstone in a scorching second practice at the British GP.

Red Bull’s Alex Albon was second fastest and just 0.090s adrift of Stroll but a later crash at Stowe brought out red flags and compromised many other drivers’ qualifying simulations when they would have set their quickest laps.

Mercedes, winners of each of 2020’s first three races, were only third and fifth with Valtteri Bottas and Lewis Hamilton respectively.

Hamilton aborted a later lap after running wide on soft tyres when the session resumed.

Max Verstappen, Albon’s team-mate, did not complete a qualy sim and was outside the top 10 entirely.

The Dutchman was angered by Romain Grosjean when he encountered the Haas driver in the middle of the super-fast Maggots and Becketts complex, forcing him to abandon his lap.

Albon was able to complete a fast time but on a subsequent lap lost the back end of his RB16 entering the fast Stowe right-hander, spinning across the run-off area and into a heavy rearwards impact with the barriers. 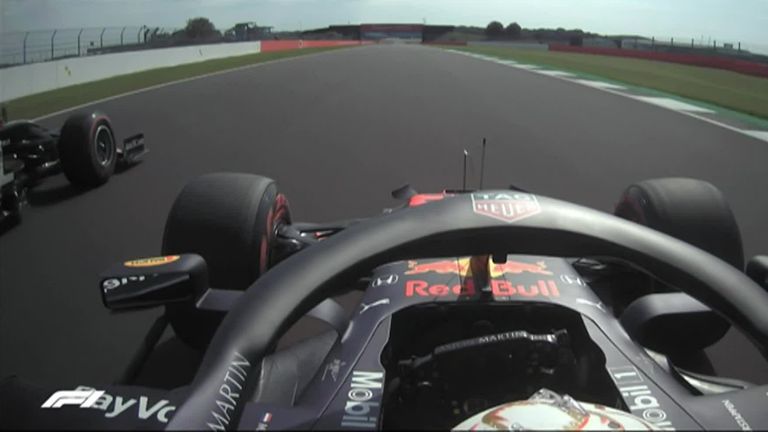 Charles Leclerc was another to beat the red flags and was fourth for Ferrari, but team-mate Sebastian Vettel endured a torrid day. After missing the first session entirely with car trouble, Vettel lost more time in the second session and then seemed to struggle with the SF1000 when out on track.

Carlos Sainz enjoyed a strong session to put McLaren sixth on the timesheet, with Nico Hulkenberg completing a very respectable first day back in F1 after his whirlwind call-up to Racing Point by finishing seventh.

Hulkenberg, who had only briefly sampled the RP20 for the first time in the team’s simulator at their nearby factory earlier on Friday, was 0.6s off Stroll’s pace in both sessions.

Sky F1‘s Jenson Button said of Hulkenberg: “A night sleeping on it, running through all the data, looking at where Lance is quicker… he’ll come out the blocks tomorrow and be much more competitive.

“But Lance is on it, he’s properly on it. You’d like to see how Checo [Perez] would be because I really feel that’s one of Lance’s best laps in an F1 car.”

Pierre Gasly was an impressive eighth for AlphaTauri ahead of Daniel Ricciardo’s Renault, while Alfa Romeo showed signs of improved pace as Kimi Raikkonen took 10th. 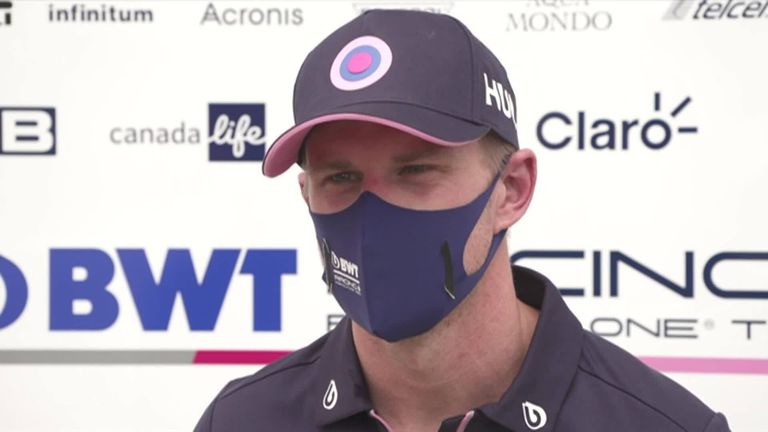 Are Racing Point a threat to Mercedes?

The rise of Racing Point – and the controversy attached to their Mercedes-inspired car – has been one of the stories of the F1 year so far and the last race in Hungary, when they locked out the second row and finished fourth in the race, showed the biggest glimpse of their potential so far.

With the famous old Silverstone circuit bathed in 35-degree sunshine on Friday, in addition to the more gusty winds more typically associated with the former airfield, the formbook heading into the weekend is slightly more difficult to read than normal given temperatures are expected to dip for the weekend.

Chasing an astonishing eighth successive pole at the circuit, Mercedes are still expected to be the outright front-runners – although have pointed out that Racing Point are a strong competitor in the kind of high-speed corners that Silverstone possesses in abundance.

Stroll’s pacesetting lap of 1:27.274 was already within 0.5s of their best in qualifying last year, when the Canadian and Perez were knocked out in Q1 and Q2 respectively.

It’s time to get funky. Phase 2 of the 2020 NHL draft lottery is upon us and NOT the worst team,

Jaguars edge rusher Yannick Ngakoue parts ways with agent
We and our partners use cookies on this site to improve our service, perform analytics, personalize advertising, measure advertising performance, and remember website preferences.Ok