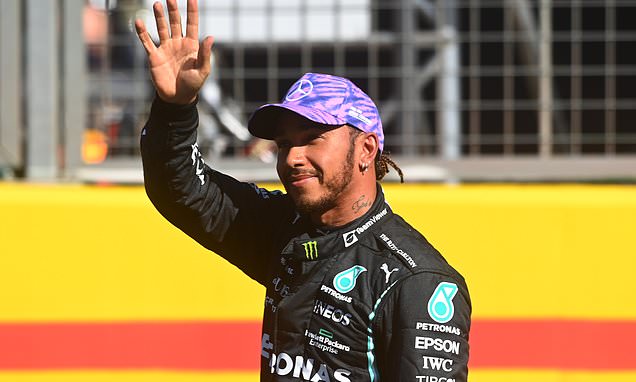 British Grand Prix LIVE: Lewis Hamilton aims to get title bid back on track in front of home fans at Silverstone in duel with championship leader Max Verstappen

Lewis Hamilton will be hoping a return to home soil can help get his bid for a record eighth world championship back on track at the British Grand Prix.

The Brit has failed to win any of the last five grands prix, during which time chief title rival Max Verstappen has won four of them to open up a 33-point lead at the top of the standings.

After qualifying second on the grid behind the Dutchman following the first ever spring race qualifying on Saturday, the Mercedes star will now be aiming to halt the Dutchman’s momentum with victory in front of his home fans.

Follow Sportsmail’s KIERAN LYNCH for live Formula One coverage of the British Grand Prix, including build-up, updates and result from the 3pm race.

Max Verstappen extended his championship lead to 33 points with his victory on Saturday afternoon.

The Sprint race proved to be a success with some exciting on-track action but there was plenty to talk about off the track as well.

On an historic weekend at the British Grand Prix, Sportsmail’s NATHAN SALT listed some of the main talking points.

So firstly here is the grid for the British Grand Prix.

Lewis Hamilton and Mercedes will be disappointed to start second behind Red Bull’s Max Verstappen but they will be encouraged that the Dutchman’s team-mate Sergio Perez starts in the pitlane after his spin during the Sprint race.

Valtteri Bottas starts third ahead of Charles LeClerc’s Ferrari, with the McLarens of Lando Norris and Daniel Ricciardo on Row 3.

You might be wondering why George Russell starts 12th after finishing yesterday’s race in ninth. Well unfortunately he has taken a three-place penalty for making contact with Carlos Sainz on Lap 1 yesterday.

Good afternoon and welcome to Sportsmail’s coverage of the British Grand Prix!

Yesterday was history in the making as Max Verstappen won the first ever Sprint Race but today is the main event.

The Dutchman’s win means he starts on pole position ahead of title rival Lewis Hamilton who will hope to copy the Red Bull driver from yesterday and take the lead going into Turn 1.

Follow me live for all the build-up, lap-by-lap action and race result, with the Grand Prix getting underway at 3pm. 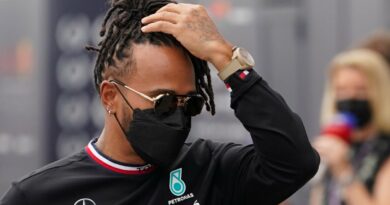 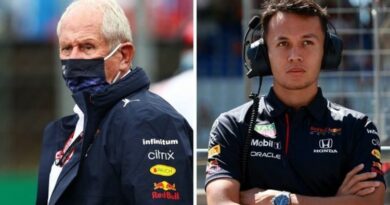