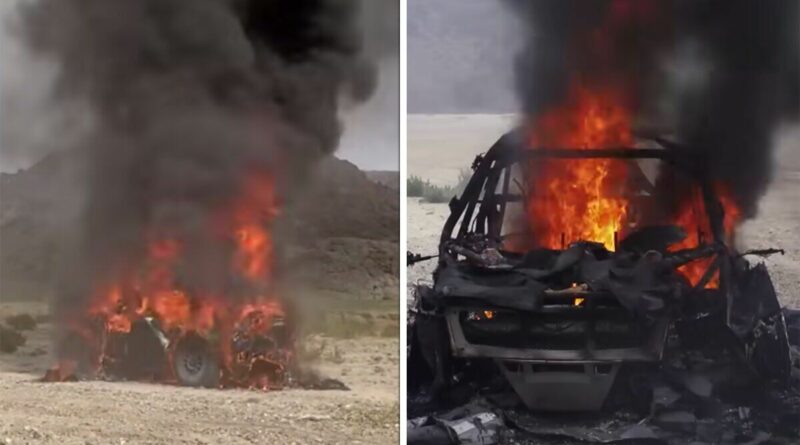 Two drivers narrowly escaped an inferno as a car burst into flames on the opening day of the 2023 Dakar Rally. The incident happened just 70km into the first stage of the famous event which is being held in Saudi Arabia.

It is understood that a leak in the fuel line of the Century CR6 buggy was responsible for the blaze. However, drivers Michel Kremer and Thomas de Bois escaped uninjured.

Kremer said: “Fortunately we are ok. We could jump out in time. The car started burning.” He later added: “We got a warning, low fuel pressure. I said that could not be right, the tank was full. It was odd. Thomas looked outside, we smelled something. He said ‘we are on fire.’”

De Bois explained: “We were still rolling and took a small hill. He let the car roll. The flames were beside the car so I opened the door. The flames were passing the door. I jumped out and called ‘Michel’. We looked at each other in huge disappointment.”

Almost in tears, De Bois continued: “It went better and better. It sucks we can not finish it.” F1 pundit for Viasport Nederland, Tom Coronel, caught the incident on camera as he also competed in the rally.

He learned about the incident involving his team-mates after he had completed the stage. The F1 reporter stressed the drivers were safe but admitted the incident was “frightening” for the team.

He posted on Twitter: “So sorry for our team-mates. Their car had caught fire at about 70km into the stage and was burnt down to the ground. That is very frightening and terrible for the whole team, but luckily Michel and Thomas were able to get out in time.”

The car was completely destroyed in the incident with just the shell of the roll cage visible once the fire had been extinguished. Other competitors were seen driving past the burnt-out carcass as they spotted the drivers out of the car.

Fernando Alonso competed in the famous desert rally in 2020, escaping serious injury after rolling the car on a sand dune. Margaret Thatcher’s son Mark went missing for six days during the 1982 running of the Paris-Dakar Rally held in the Sahara. 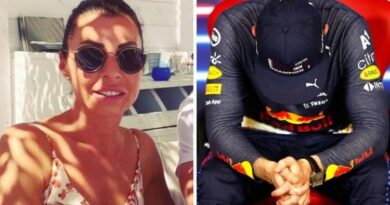