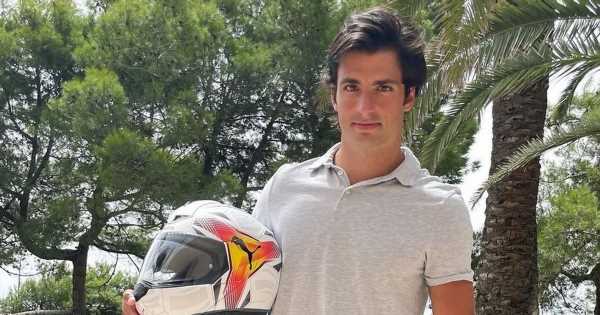 Carlos Sainz has been the talk of the F1 season over the last week after an insider claimed he was eying a new deal with team Ferrari.

Now there has been a major update on the F1 driver's Ferrari team hopes, after he signed an extension until the end of 2024.

Meanwhile, it's been a great season for the 27-year-old Spaniard so far, as he is currently in third place in the overall rankings.

Only George Russell with Mercedes and Charles Leclerc lie ahead of him, with George in second with 37 points and Charles in first with 71 points.

It is heating up to be a very different season, as usual frontrunner Lewis Hamilton is down in fifth place with 28 points.

With all the attention turning to Sainz, fans have taken a keener interest in his personal life his year.

One of the biggest questions surrounding the racer is his relationship status, with many wondering who he could be dating.

Here is everything known about the F1 racer and his girlfriend.

Who is Carlos Sainz Jr’s girlfriend? Carlos Sainz is believed to be in a relationship with Isabel Hernaez.

According to F1 photographer and blogger Kym Illman, Hernaez is from Madrid and has a degree in bilingual journalism.

She works as a press officer for the fashion industry.

She hasn’t shared any pictures of the pair together, but she has shown plenty of snaps at the F1 on her Instagram. After leaving Mercedes to join Ferrari in 2021, Sainz has just signed a new contract with the famous racing team.

He will remain with Ferrari until 2024, confirming earlier reports that he wanted a two-year deal.

In a statement after the deal was confirmed, Sainz said: "I feel strengthened by this renewed show of confidence in me and now I can't wait to do my best for Ferrari."

He will remain with the team for as long as Charles Leclerc, who signed a five-year deal before 2020.

As Ferrari have started the 2022 season with the fastest car, it looks to be a strong year for Leclerc and Sainz altogether.

What is Carlos Sainz Jr’s net worth? Carlos Sainz Jr is one of the top racing drivers in the world and his net worth reflects that.

According to Essentiallysports.com, Sainz is worth a staggering $8mill (£6.15 million).

However, this is when he was still part of team McLaren before moving over to Ferrari in 2020.

It is unconfirmed what his salary is at the new team.

Since Ferrari is one of the top teams and most glamorous brands in the sport, it is safe to say his salary will be similar, if not better. 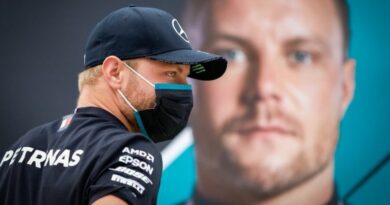 Valtteri Bottas contract: How much does the Mercedes driver earn?