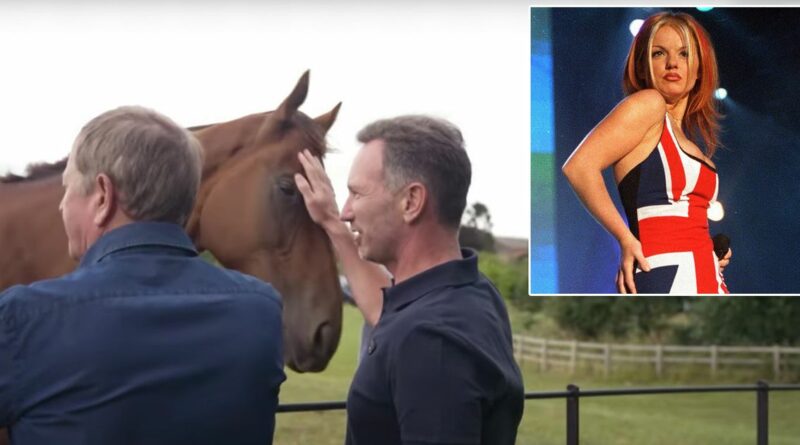 Red Bull team boss Christian Horner has opened up about life away from Formula 1 in a wide-ranging chat with Martin Brundle of Sky Sports.

Brundle paid a visit to Horner’s Oxfordshire home, which he shares with wife Geri, the former Spice Girl, and their children. The pair naturally discussed the latest talking points in F1, the success of the team and its star driver Max Verstappen, and Horner’s volatile relationship with Mercedes counterpart Toto Wolff.

They also touched on life away from the world of motorsport, with Horner introducing Brundle to the family’s collection of animals, which includes, horses, donkeys, goats and dogs.

And many of those animals humorously share names that might sound familiar to fans of F1 and the Spice Girls.

“That one [goat] is called Chase [after former F1 boss Chase Carey], but then it had a baby,” he laughed. “A small problem!”

The family had a dog called Bernie [in homage to another ex-F1 overlord Bernie Ecclestone).

Who is your favourite F1 team boss? Tell us in the comments section below. Later in the interview, Brundle was introduced to some of the family’s horses.

“They’re named after Geri’s songs,” revealed Horner. “So he’s called Lift Me Up.” Pointing to another horse, he added: "I don’t know what we’re going to call him, Stop Right Now or something. That’s probably not a good name for a horse!?”

Horner will now be enjoying extra time with his family and their assortment of animals as F1 has started it summer shutdown, with the season not resuming until the Belgian Grand Prix at Spa at the end of August.

Red Bull went into the break on a high after Max Verstappen won last weekend’s Hungarian Grand Prix to extend his lead in the driver’s championship to 80 points. 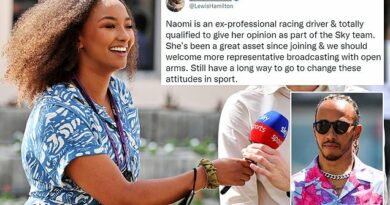