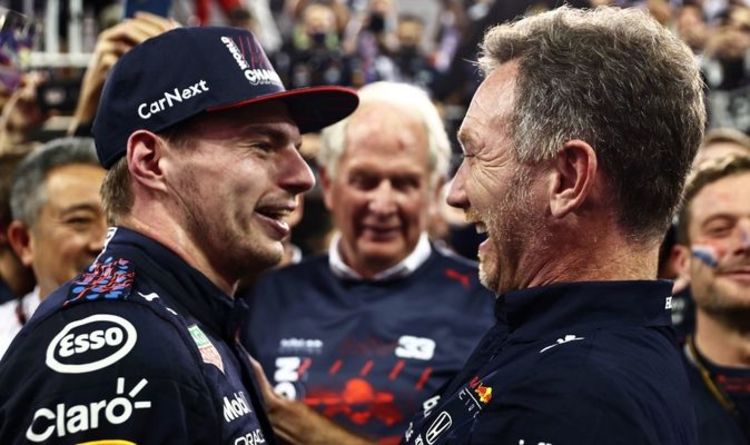 Red Bull boss Christian Horner has lavished praise on his driver Max Verstappen after beating the odds to clinch a maiden title this season. Verstappen was locked in an intense battle with Mercedes driver Lewis Hamilton, as the championship fight went down to the final lap of the season in Abu Dhabi.

It was Red Bull’s first title since winning back in 2013 with Sebastian Vettel, but Horner admitted this one is just as special.

“It’s always difficult to make comparisons. The first title was very special because that was against the odds as well,” explained Horner. “This one feels equally as special as that very first title.

“The intensity and the competitiveness of this one has been insane and the fact it’s been against the quality of opposition we’ve had, in both Lewis and the Mercedes team, has stretched us beyond what we even thought we were capable of.

“That’s what makes it even more rewarding. During the hybrid era Mercedes has been all dominant, they’ve annihilated the opposition, and finally, we’ve managed to produce a competitive car, and Max has grabbed it with both hands.

Verstappen denied an eighth title from Hamilton after a contentious finale at Yas Marina which has prompted some speculation the Briton could retire.

After the race, which ended in two protests for Mercedes, team boss Toto Wolff admitted he and his driver Hamilton were feeling “pain and distress” due to the nature of the win for Verstappen.

The drama unfolded as Nicholas Latifi crashed in his Williams, with the safety car deployed.

With just five laps remaining, the FIA race director Michael Masi told the five lapped cars between leader Hamilton and Verstappen to un-lap themselves. However, Mercedes were left furious as the Australian didn’t allow the entire field to do the same before getting racing back underway with essentially a one-lap sprint to the end.

On fresher tyres, Verstappen swept past the seven-time world champion, who had led much of the race, in a last-lap dash to the chequered flag.

Hamilton has remained silent on his social media accounts, but Verstappen felt the seven-time-world champion will feel different once the dust has settled.

“Normally, Lewis has to come back,” Verstappen told Servus TV. “Those words came to my mind after the race, but I think for him it was a normal emotional reaction. So I count on him coming back.” 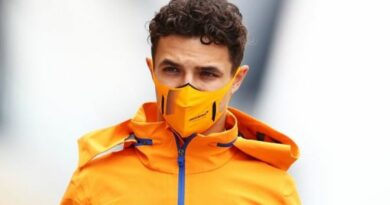 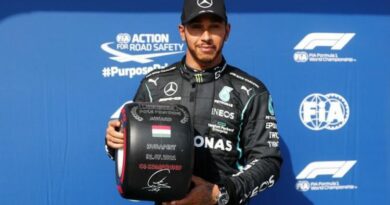