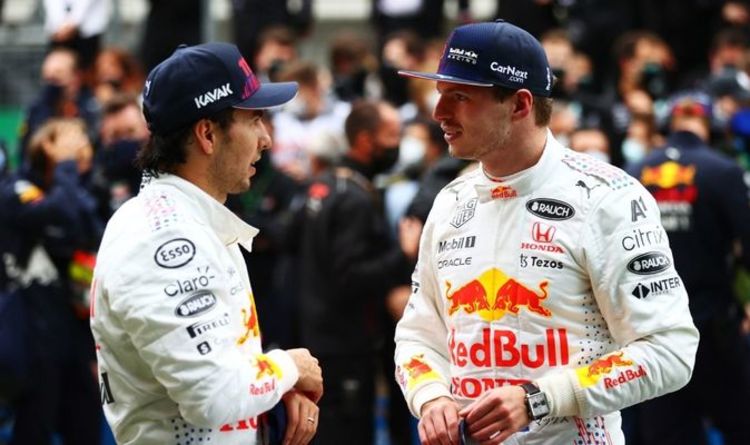 Red Bull boss Christian Horner says he aims to do the best he can with both drivers at the Mexican Grand Prix, as one of them fights for a world championship title, and the other takes part in his home Grand Prix, in front of adoring fans.

Max Verstappen is currently embroiled in an intense battle with Mercedes’ Lewis Hamilton, with 12 points separating the pair with five races remaining.

Sergio Perez meanwhile has been met with thousands of home fans cheering on the Mexican driver, who currently sits fourth in the driver standings for Red Bull.

However, there have been some questions as to if Red Bull may step in with team orders if Verstappen takes pole, with Perez in second.

But Horner remained firmly on the fence as to what they may do come race day on Sunday.

“I suppose we’re going to get in that position, so it’d be a beautiful headache to have,” Horner told F1.

JUST IN:
Lewis Hamilton summoned to race stewards ahead of Mexican GP

“We’ve had some great receptions this year at races, but coming into the circuit this morning outside the hotel, arriving at the airport.

“I mean that Mexicans, they love Formula One, and they certainly love Checo.

“So, you know, we’re delighted to have a Mexican driver in our car this year. And I hope with both drivers we can put a great show.

“I think it’s important not to put too much expectation on him. Always that temptation at your own race to push that a bit harder.

“And I think we’ve tried to keep the build-up pretty measured for him and not put too much expectation that I’m sure he’s putting on himself.

“Home races are tough for any driver, so we’ll do our best to support him through that.”

Verstappen is battling for his first world title this season, with Hamilton constantly pushing the Red Bull driver on track.

But the Dutchman seemed unflappable speaking during Thursday’s press conference in Mexico.

“I like what I’m doing, you know?” he replied. “So that takes the pressure off.

“It’s not the first time I’ve been in a championship fight. Yes, the first time in F1 but not in my life so that doesn’t really change because you need to win, and that’s what I’ve been doing in the past so I need to strive to do the same here.”

Verstappen has claimed two victories around the Autodromo Hermanos Rodriguez, on par with Hamilton who won in 2016 and 2019.

Qualifying gets underway at 8pm BST on Saturday evening with the race at 7pm on Sunday. 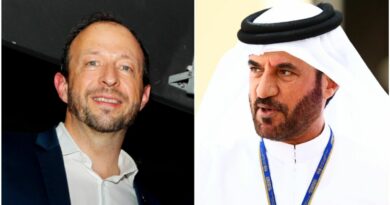 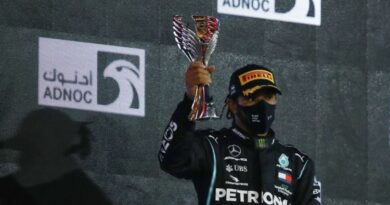