Daniel Ricciardo thinks he has given Lewis Hamilton a gift which will be cherished more than the Brit’s seven world titles – his signed trainer. Ricciardo created the infamous ‘Shoey’ celebration in which he drinks champagne from his sweaty footwear every time he secures a podium place.

However, top-three finishes have been hard to come by since Ricciardo left Red Bull for Renault.

The charismatic Australian did secure third place twice in 2020 at the Eifel Grand Prix and Emilia-Romagna Grand Prix.

During the latter, Hamilton drank from Ricciardo’s shoe and he stepped down from top spot on the podium.

Ricciardo later gifted his British counterpart the item as a present and he joked it was more valuable than the Championship.

“What I do is I air them out,” Ricciardo explained to the In the Fast Lane podcast. 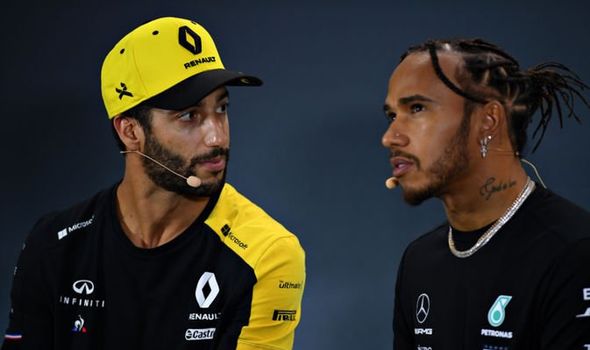 “I keep those as little trophies. But I actually, because Lewis did his first, I signed the one he drank out of and gave it to him at the next race, so he’s now got something probably more meaningful than seven world titles.”

Ricciardo impressed in his final year with Renault as he ended the campaign fifth in the standings, ahead of his move to McLaren.

The 31-year-old was delighted by his own performance but it was Hamilton who stole the majority of the headlines.

“The consistency of him being able to do it, and the few mistakes as well, he’s normally nailing his starts, he’s clean, he just executes well when it counts and that’s really what separates the good and the great in this sport,” Ricciardo said.

One of the Renault star’s former Red Bull team-mates Max Verstappen also had a solid year as he was the best of the rest.

The pair were close allies during their time with the Austrian energy drink brand and Ricciardo is glad to see him doing well.

“He definitely did a large step of his development through 2016 and then 2017,” Riccardo reflected. 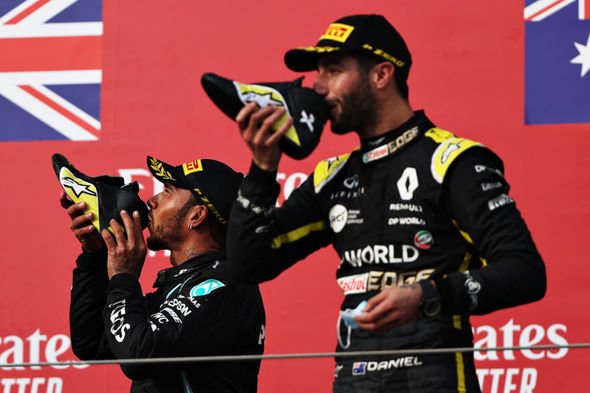 “I also felt like the new cars that we changed to the bigger tyres and all that in 2017.

“I felt like having more grip actually helped him or suited him as well so I felt he was obviously already doing really well and then those cars were actually more for him as well.”