Ricciardo ‘had his heart set on Ferrari’ says expert in 2020

Daniel Ricciardo caused a stir last May when it was announced that he would be leaving his employers Renault at the end of the year to sign for McLaren. The timing was particularly interesting, as it left the Australian with a full season to complete racing for the team he had already told the world he would be leaving.

Usually the F1 season would have been in full swing by the time that announcement was made, but the pandemic had delayed the start of the racing action.

So there was still a calendar of what turned out to be 17 races to complete, with the whole team knowing he was going to be leaving them for a midfield rival.

Ricciardo’s time at Renault was frustrating, as he wasn’t able to get the results he wanted.

He was used to having a car which could challenge at the front after five years with Red Bull, but this was no longer the case.

Having won seven races with his previous employers, he wasn’t able to stand on the top step during any point of his two-year spell with the French constructor.

JUST IN: Ricciardo has ‘closed the book’ on Verstappen following Red Bull exit

So, still on the hunt for a team which could help him fulfil his dream of becoming world champion – the 32-year-old still very much harbours that ambition – he decided he was much more suited to a papaya-coloured car.

After taking a while to get used to the new car, Ricciardo eventually felt much more settled in the second half of the season and, after more than three years of waiting, he took his eighth career race win in Monza.

As part of a McLaren team which looks to be going places and alongside an exciting young team-mate in Lando Norris, the future looks bright for both Ricciardo and his team.

Italiano, who has worked with the racer since his Red Bull days and alongside his F1 work runs his own online training platform MI Coaching, has – with the benefit of a year’s worth of hindsight – given his verdict on the decision to swap Renault for McLaren.

“I can only speak for myself – do I think it was a good move? Yes, I do. No offence to Renault of course, but I really see the belief that this team has,” he told Express Sport.

“Daniel made the decision, I wasn’t involved. I’m obviously just here to prepare him, and so far my dealings with McLaren have been nothing but positive. It’s easy for me to say I think he’s made the right call.

“Getting that win also was a great way to say: ‘Cool, this is why I joined, because I wanted a car that has the potential to win’.”

The victory in Monza was a huge relief to Ricciardo and his team, who had waited so long to experience that feeling again.

Italiano said it helped remind everyone of what their hard work can achieve, and why they all work tirelessly to achieve success in what can be a ruthless sport.

It also helped to reinforce Ricciardo’s belief that, even after more than a decade now spent in F1, he can go on to challenge for and win the drivers’ title.

“A world title one day is 100% the goal – it’s always been the goal from day one,” Italiano added. 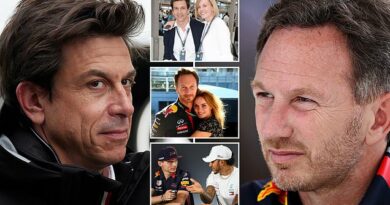 Control Freak vs The Street Fighter: Battle between Wolff and Horner 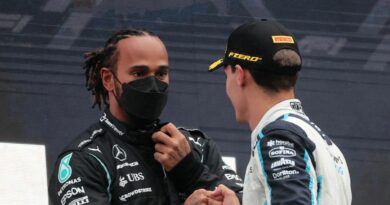