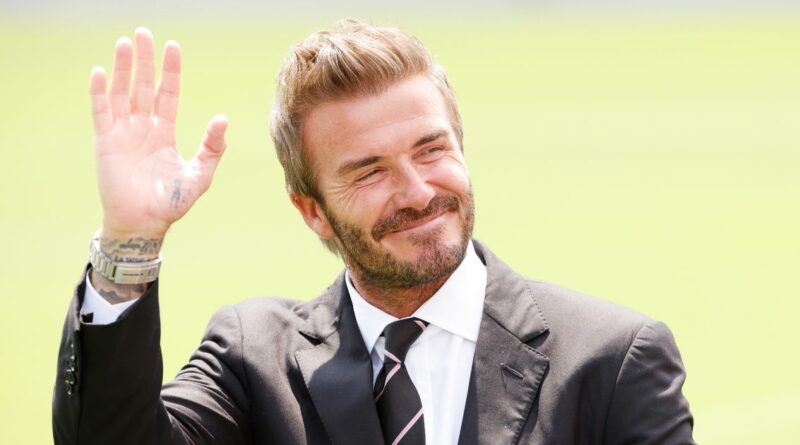 David Beckham is keen to be involved in the Miami Grand Prix next year.

F1 announced a race will be held in the city for the very first time in the 2022 season and the former England captain is keen to play a part.

The 46-year-old has a vested interest in the US South-Eastern city, as he owns MLS side Inter Miami FC.

Tom Garfinkel, managing partner of the Miami GP, commented on the ex-footballer’s desire to be at the historic race.

He told Sky Sports: "It's kind of a funny story – David and I have a mutual friend who called and said David wants to meet you and wants to get involved in the Formula 1 race.

"So we had dinner last week. David is very keen to come out to the event. He's very excited about coming to Miami for the F1 race.”

He added: "We've gotten a lot of calls from different celebrities, friends, wealthy people and powerful people who all are expressing a lot of interest to come.

"I would expect a large degree of celebrity attendance coming from all over the world for this event. There is a big celebrity culture in Miami."

Miami will become the 11th American state to host a Grand Prix and the country now has two races on the calendar, with the Circuit of the Americas in Austin, Texas featuring on the circuit since 2012.

But COTA chief Bobby Epstein has talked of the two events being "complementary" and fans having more than one race to attend, a sentiment echoed by Garfinkel.

"All ships rise with the rising tide," he said.

"For hardcore F1 fans in the US or casual ones, they now have another event to come to. The more the merrier.

“The more racing we have, more race fans we can create. Growth is important for everybody so I think it's just a win for everybody."

Due to the NFL schedule the races will be held at different periods in the F1 season, with the Miami race held between May 6-8 and Austin retaining its traditional Autumn slot.

What do you make of the inaugural Miami Grand Prix? Let us know in the comments section.

Garfinkel says: "It's up to Formula One. But we have the football season in the Fall so it would be difficult when we are hosting football games on the campus at the same time.

"I would expect we will stay in the Spring time for many years to come."

Following a dramatic Russian GP, which saw McLaren’s Lando Norris slide off the road in the pouring rain in the closing stages, Lewis Hamilton went on to secure his 100th F1 race win, the first man to achieve the feat. 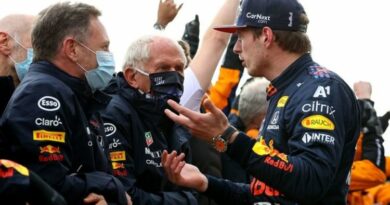