The eagerly-anticipated Formula 1 2019 season has finally arrived with the Australian GP opening the battle for the World Championship live on Sky Sports F1 this weekend.

There are new rules, new rivalries and new beginnings for a season which promises closer battles at both the front of the field and in the midfield.

We’ve got some of the Sky F1 team to give their predictions on what might happen this year, while you can vote on who you think will be this year’s world champion in the poll at the bottom of the page.

Watch the Australian GP live only on Sky Sports F1, with the channel the home of live and exclusive F1. The race begins at 5.10am on Sunday, with build-up from 3.30am.

Damon Hill: “I think it’s doable, but it’s not going to be easy. This season is looking very much like it’s going to be a very tough battle for Mercedes. They weren’t the quickest in Testing, but then Testing is very much a phoney war. We won’t really know until we get to Melbourne and, even then, we won’t really know because it’s a 21-race championship.”

Martin Brundle: “They always say they don’t care about the statistics but it’s not true, they do. They know the numbers and I’m sure Lewis Hamilton wants to leave the sport with a new high tide mark in every department in terms of statistics. To beat Hamilton and Mercedes over the course of a full season is a really hard thing to do, they’ve got the stamina and they seem to find extra speed and determination as the season unfolds. You wouldn’t hesitate to put some money on Hamilton taking his sixth title.”

Johnny Herbert: “From what we saw in Testing the motivation is there. If he’s on the grid he’s going to do the best he possibly can and that mindset means winning races and going for another world championship. It’s going to be really interesting to see how he deals with probably a battle with Ferrari and Red Bull, but Lewis will thoroughly enjoy this because he loves wheel-to-wheel combat.”

Anthony Davidson: “It’s almost harder when you’ve got the fastest car to remain at the top rather than to have a target to aim for to get the better of your competition. They’ve won five championships back to back and so the car has been the target for everyone to beat. I think it’s going to be a very tough championship.” 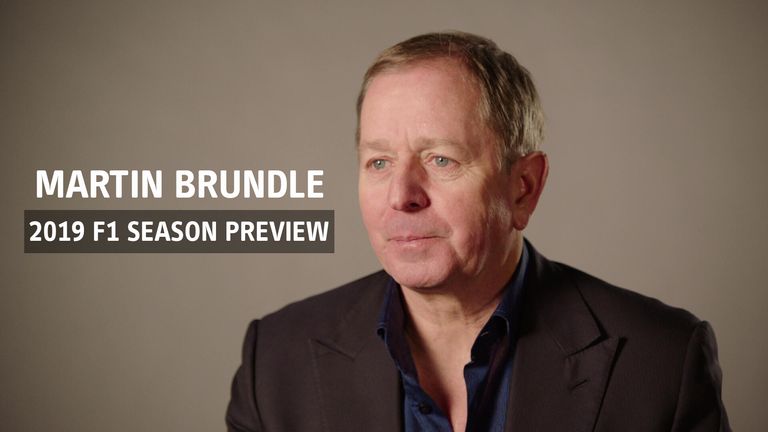 Will Vettel and Ferrari be stronger in 2019?

Herbert: “One thing that has been a bit of a problem for Sebastian is the pressure on his shoulders. The pressure of Ferrari, the media in Italy and the fans with their expectation, that’s a massive load on a driver’s shoulders. As a team, you’ve got to be able to take that off and that hasn’t been the case. But now with Arrivabene moving on and Binotto moving in, Sebastian seems much happier. And when you’ve got a happy driver, particularly a four-time world champion, you’ve got a pretty difficult man to beat. I think Sebastian will be in a completely different zone.”

Hill: “He needs a reliable car and one that maintains its development trajectory because they lost their way a little bit last year. Together with one or two mistakes from Sebastian they kind of threw away the championship. I think Mercedes know that and they are very clear that nothing is going to be a walkover. But the Ferrari does look very good. Vettel would love to have five titles just like Lewis and he’s got a really tempting target to shoot for.”

Brundle: “It does appear the grid might be chasing a red car this year rather than a silver car. It seems Ferrari have the upper hand but we know that it’s an arms race, and it will be relentless arms battle between Red Bull, Ferrari and Mercedes.”

Paul Di Resta: “Vettel is now that one championship behind Hamilton now and he needs to be at the top of his game. I think Ferrari are providing the stability in the car he needs at the moment.” 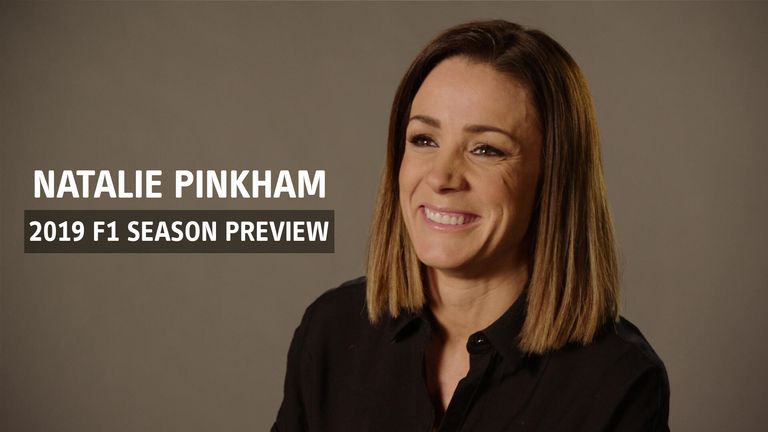 Brundle: “Verstappen is pretty special. If the car is capable of winning he’ll win in it.

“They’ve gone to Honda engines who have had a few problems in recent years but they’re very pleased with how Testing went – reliability was tremendous for them so let’s hope it stays this way. If Red Bull and Honda don’t win a few races this year, it’ll be a shocker and I’d be amazed. I really expect them to be title challengers in 2020, without any doubt.”

Davidson: “Red Bull can maintain a challenge, like they did at the end of last season. They won some races with the Renault engine which definitely wasn’t the best engine out there, it had a deficit of around 50 horsepower we believe to the two top power units. Honda have been working all through the winter, and with Toro Rosso last season as well.

“Red Bull are a bit of a question mark. They had an up and down Testing period in Barcelona. Pierre Gasly had a few mistakes and crashed the car, to the extent where they couldn’t get a lot of long runs done and the teams couldn’t really analyse their performance.”

Di Resta: “Where Verstappen finished last year was quite something. With Honda in Testing they have looked very reliable and it looks like that decision to go with them was the right one, they’ve got a manufacturer behind them now. I would like to see Verstappen on the top step of the podium come Australia, it would be a great thing for F1, but I get the feeling at the moment it’s going to be Ferrari in that strong position.”

Hill: “He’s a very exciting driver and takes a lot of risks and sometimes that doesn’t pay off. But we’re very excited with Max in the mix because he’s a real racer. He needs a car that can compete at the front and the car does look quick. He’s an outside chance for the championship but you never know with Formula 1.” 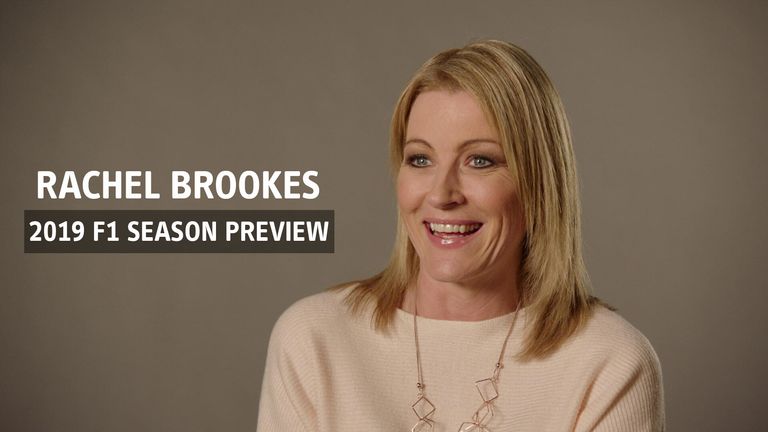 Ricciardo and Renault: How will it go?

Herbert: “He’s probably going to be best of the rest. I’m not sure they’ve got enough speed to go to Australia thinking they are going to get on the podium because we know how strong Ferrari, Mercedes and Red Bull are. But they do seem to have made progress over the winter and they seem to have a pretty good car. We’re going to have to wait and see how the engine side has improved, if it has.”

Di Resta: “Where are Renault going to fall into this midfield battle? They really have to go to Australia with a reliable car and have a development path that’s going to, very quickly before the European season, make an impact in this championship.” 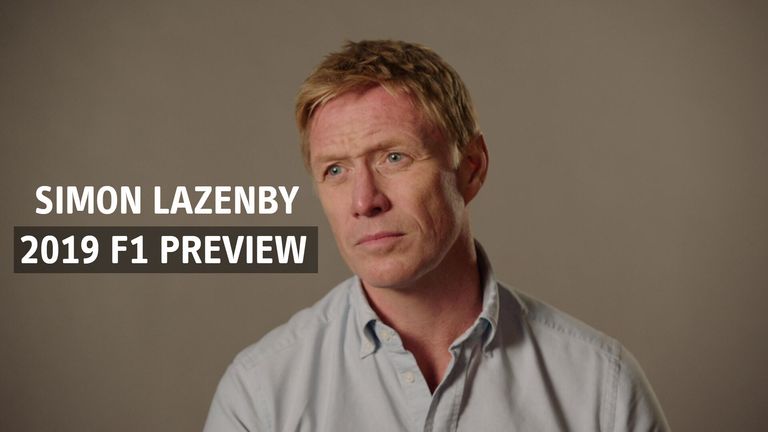 Who’s going to top the midfield?

Davidson: “You have a really fascinating mix and, honestly, I don’t know who’s got the best car out of Renault, Toro Rosso, Alfa Romeo, Racing Point, McLaren and Haas. We’ve seen that Williams are lacking behind the midfield pack.

“I think the driver is going to make the difference in that block of six teams fighting it out.”

How will the young drivers fare?

Brundle: “This year, we’ve got young drivers coming in and they’re the best-prepared ever in the history of Formula 1 in terms of their speed, their fitness and every single aspect that they need to do. I think we’re about to see the changing of the guard in Formula 1 in the next year or two.

“Charles Leclerc has moved to Ferrari, which I think is going to be one of the stories of the season. Then you’ve got Lando Norris, George Russell, Alex Albon, and Robert Kubica comes back to Formula 1 after eight years out of the sport. That’s a fairytale story but I think it’s going to be a tall order for Robert to fight the youngsters.”

VOTE: So who will win the 2019 Drivers’ Championship?