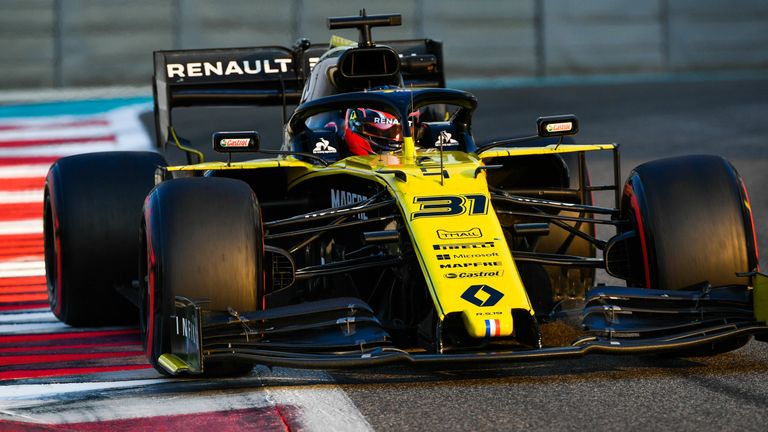 Renault have become the latest to team to confirm the launch date of their new car for the 2020 season.

The French team, who have a new driver in Esteban Ocon this year to work alongside the impressive Daniel Ricciardo, will reveal their challenger, the RS20, on February 12 in Paris.

Renault are hoping to return to the top of the midfield again in 2020 after taking a step back last year, when they were comfortably beaten by McLaren – who they supply with engines.

The unveiling of their new car takes place a day after Ferrari’s launch and a day before McLaren’s, and exactly a week before pre-season testing begins in Barcelona.

Ferrari are currently the first team who will reveal their car – on Tuesday, February 11 – and say they consider themselves the “challengers” rather than favourites for next year’s title. “I think we will be the earliest,” Binotto told reporters.

“The reason why we are anticipating the launch and the unveiling and then moving on is we must see some dyno homologations before going to Barcelona.”

Ferrari have vowed to address the weaknesses of this year’s car – especially its downforce levels, which they admit will increase drag and reduce their straight-line advantage.

McLaren – via an ‘accidental’ announcement from Lando Norris – have revealed they will launch their new F1 car, the MCL35, on February 13.

Norris let slip the unveil date to thousands of viewers during a comical live stream on the team’s YouTube page, after walking in on a meeting at the McLaren Technology Centre.

Lewis Hamilton looks out over Melbourne skyline ahead of Australian GP

Arteta says Arsenal are planning 'two or three' transfer scenarios
We and our partners use cookies on this site to improve our service, perform analytics, personalize advertising, measure advertising performance, and remember website preferences.Ok