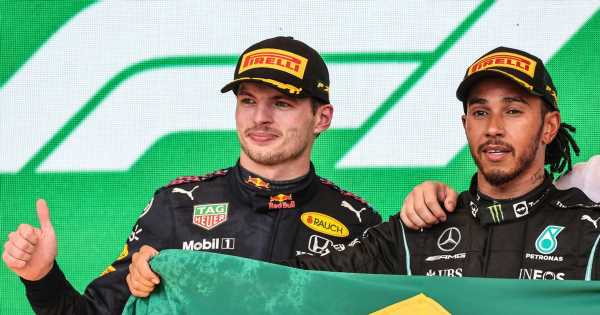 World championship leader Max Verstappen could suffer a retrospective penalty once all the available footage has been reviewed, according to F1 race director Michael Masi.

Hamilton had one of his great drives to climb from P10 – after suffering a five-place grid penalty due to a new engine – and take the chequered flag at the Brazilian Grand Prix.

The result means the Brit has closed the gap on championship leader Verstappen ahead of the final three races.

On lap 48 at Interlagos on Sunday, the two rivals were battling for the lead with Hamilton’s Mercedes appearing to narrowly edge ahead of the Red Bull, which was on the inside.

Verstappen ran wide and the move forced both drivers off the track, with the Dutchman holding the lead for a few more laps before the seven-time world champion finally took the lead.

While Hamilton took the lead and win anyway, Mercedes boss Toto Wolff believes Verstappen should have received a penalty.

An investigation was deemed unnecessary after the FIA consulted footage provided by broadcast cameras – but Verstappen’s on-board footage is set to be reviewed for the first time.

Asked whether the missing footage could have ramifications as the ‘smoking gun’, Masi confirmed: “It could be, absolutely.

“It is only the cameras that are broadcast that are basically what we have access to throughout. It hasn't been obtained yet. It has been requested.

Do you think Lewis Hamilton will win the 2021 world title? Let us know in the comments section.

“But we didn't have access to it. It has been downloaded and once the commercial rights holder supplies it, we will have a look.

“We've got the forward-facing, the 360… all of the camera angles that we don't get live will be downloaded and we will have a look at them.”

The lack of intervention from the sport’s governing body did not impact the outcome of the race, as Hamilton surged past his rival to close the gap in the championship.

The Austrian was furious with Verstappen for his defending in the incident.

“I mean, really wrong defence from Max, absolutely an inch over the limit, but he needed to do that to defend,” Wolff said of the incident.

“Lewis just managed it even more brilliantly by avoiding the contact and end the race that way.

“But that was just over the line, it should have been a five-second penalty at least.

“Probably Max knew that. Just brushing it under the carpet, it’s just the tip of the iceberg. It’s just laughable.”

Formula 1 travels to the Losail Circuit for the Qatar Grand Prix on November 21, with Red Bull star Verstappen holding a 14-point lead over Mercedes’ Hamilton.

F1 driver salaries: Who is top earner between Hamilton, Vettel, Leclerc and Verstappen? 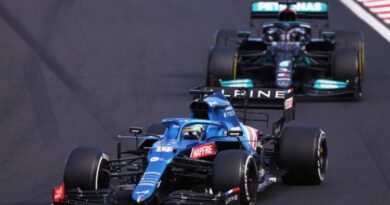