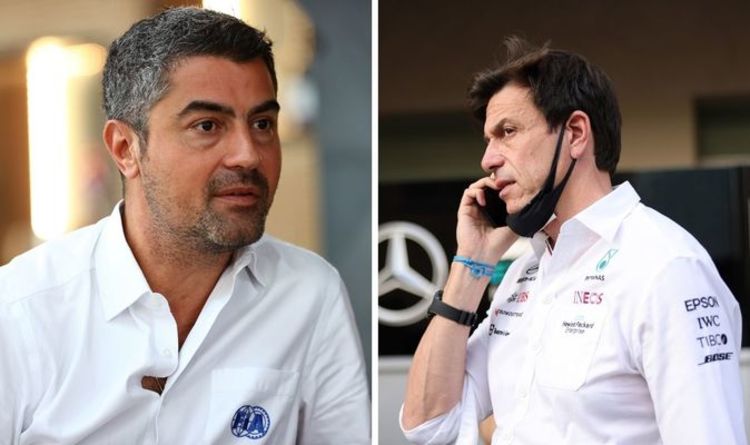 Formula 1 race director Michael Masi ‘rescued himself’ from the discussion of the controversial championship finale at the Abu Dhabi Grand Prix. The FIA are reportedly looking into adjusting their race-management structure in order to avoid a repeat of the controversial scenes at the Yas Marina Circuit.

It is widely accepted that race director Masi failed to properly implement the rules correctly during a late safety car in the final race of the season.

Red Bull star Max Verstappen secured a maiden world title in dramatic and controversial circumstances after he and title rival Hamilton went into the season finale tied on points.

The Dutchman passed the seven-time world champion – who had dominated for much of the race – on the final lap of the season as a late safety car and tyre change swung momentum in his favour.

Mercedes’ fury was largely aimed at FIA race director Masi after he decided to not allow cars to unlap themselves, as is tradition, only to change his mind to set up the final lap showdown between Hamilton and Verstappen.

JUST IN: Bottas admits being left in hysterics by Hamilton and Mercedes gift

Mercedes withdrew their appeal against the result after the FIA pledged an investigation into the events surrounding the safety car procedures.

New FIA president Mohammed Ben Sulaymen has reportedly consulted team bosses on their views regarding what went wrong in Abu Dhabi and what changes could be made to stop a repeat.

Last week, the FIA’s secretary general for motorsport and executive director of single-seaters Peter Bayer held a meeting of the teams’ sporting directors, which was part of the inquiry into Abu Dhabi according to the FIA.

While Masi chaired the meeting, he reportedly ‘rescued himself’ when discussion turned to the ramifications of the improper use of the safety car and its associated rules. It was agreed that the race director’s actions must be predictable – the Australian’s improvisation around the rule led to the public outcry.

Bayer is set to meet the F1 drivers next to get their views, although this is yet to be scheduled.

Masi’s motivation for his improvisation was to ensure the race – the finale of perhaps the greatest F1 season in history – did not end under safety flag, as it had been previously agreed to end grands prix under racing conditions was preferable where possible.

However, Masi failed to apply the rules correctly in two separate events – dealing with lapped cars, and the timing of the restart.

Mercedes are pushing for Masi to be replaced as race director, arguing that the events in Abu Dhabi was merely the culmination of a series of errors throughout the 2021 season.

However, there are opponents with other teams believed to have no problem with Masi retaining his job as long as an appropriate support system is installed around him.

A support system would likely include a barrier between the role and the teams to avoid the direct lobbying which Masi was subjected to from Mercedes and Red Bull team bosses in Abu Dhabi.

The drivers’ views on Masi remain unclear, although several figures complained throughout the 2021 season about the inconsistency – particularly in the context of some of the battles between Hamilton and Verstappen.

The 23-race 2022 campaign begins on 18-20 March, with winter testing for the all-new generation of cars underway from 23 February.