Formula One extends its contract with Abu Dhabi to ensure grand prix races at the Yas Marina circuit continue through until 2030, ahead of huge title-decider on Sunday

Formula One has extended its deal to host races in Abu Dhabi, keeping it on the race calendar until 2030.

Abu Dhabi’s famous Yas Marina circuit, which was added to the calendar in 2009, will play host to this season’s dramatic finale which will settle who will be the champion between Lewis Hamilton and Max Verstappen.

As teams and drivers touched down in Abu Dhabi on Thursday, the sport confirmed their race agreement was to be extended for nine more seasons. Formula 1 CEO and President Stefano Domenicali said: ‘We are delighted to confirm that we will be racing in Abu Dhabi until 2030 under this new agreement.

‘We are hugely looking forward to the season finale this weekend when more Formula 1 history will be made.

‘The promoter, ADMM, always creates an incredible show for the final race of every F1 season and combined with the changes made to improve the racing on the Yas Marina Circuit we are excited for many years of racing in Abu Dhabi that is ahead of us.’ 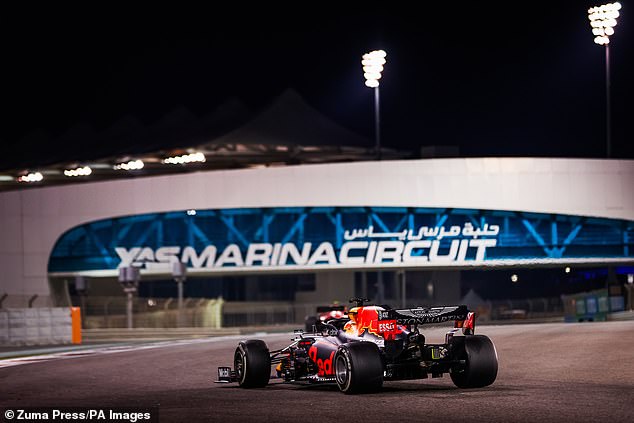 ‘The signing of a new multi-year deal with the Formula One Group not only represents the strength of our relationship but reaffirms our commitment to delivering an unparalleled and world-class race weekend experience for all visitors to enjoy.’

This will be the fourth time Abu Dhabi has hosted F1’s season finale, having had the curtain closer in 2010, 2014 and 2016, in which Nico Rosberg beat his Mercedes team-mate Hamilton.

Ahead of this year’s instalment, which will be available live on free-to-air TV in the UK after Channel 4 struck an agreement with Sky Sports, major changes have been made to the Yas Marina circuit.

Critics of the track had bemoaned the lack of overtaking options and so track directors have looked to address problem areas.

Changes include the removal of the chicane at Turn 5-6 and the hairpin that follows has been both opened up and brought forward. 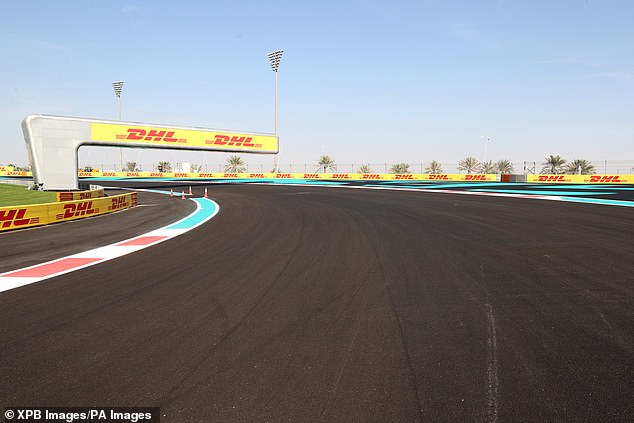 Changes have been made, with Turn 9 (pictured) among those to get a makeover this year 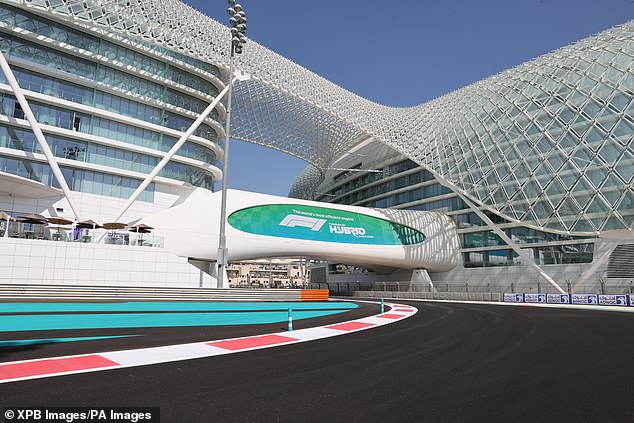 In addition, Turns 11-14 have now been transformed into a 180-degree banked corner.

At Turns 17-20, known as the hotel section, there has been an effort to allow drivers to run closer together in a bid to open up more overtaking opportunities.

‘I’m looking forward to the finale in Abu Dhabi as they have modified the track there, which I’m really pleased about as I think it will present a new challenge to the drivers,’ Ross Brawn, Formula One’s managing director of motorsport, told F1.com this week.

‘I think they are going to enjoy it a lot more. The simulations we have done show the new Abu Dhabi is a better racing track with more opportunities for overtaking.

‘I’m keen to see what the drivers say about it. Make sure you’re glued to your seats on Sunday as this is going to be exciting.’