Life is never dull when you’re name is Fernando Alonso, who defied starting at the back of the grid to pinch a point at the Austrian Grand Prix.

The F1 legend failed to start Saturday's sprint due to an electrical problem with his Alpine. As a result, he was the last car on the grid for Sunday’s race, albeit with Alfa Romeo’s Valtteri Bottas starting from the pitlane.

Alonso got a good run out of the tight turn three, only to be squeezed onto the grass by the AlphaTauri driver. Undeterred, the two-time world champion kept his foot in and still managed to dive past the Japanese driver.

Alonso wasn’t finished with Tsunoda though. Clearly unhappy about the lack of room he’d been given, he wagged his finger at Tsunada as he headed into the turn four breaking zone at getting on for 200mph, leaving fans on social media in hysterics.

“Casually wagging his finger whilst driving flat out in 6th or 7th gear with DRS wide open! Naughty Yuki!,” posted one. “Alonso telling off Tsunoda was the funniest s*** I've seen in my life,” tweeted a second.

Was Alonso right to tell Tsunoda off? Have your say in the comments section below.

“Experience = confidence = education…. In years to come Tsunoda will appreciate the driver he tried to put a move on,” added another while a fourth said: “Only the legend can do that.”

However, some fans felt Alonso, a renowned hard racer himself, was only getting a taste of his own medicine.

“I love it when Alonso does stuff like this, forgetting that he does exactly the same to prevent someone else overtaking him,” posted one fan while another said: “Alonso getting a taste of his own bullying tactics.” 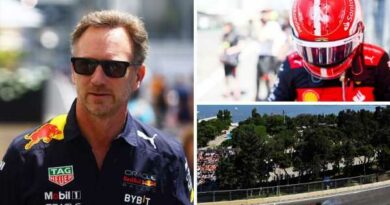 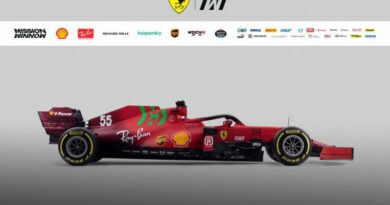 Formula One: Hamilton without reassuring race engineer 'Bono' for next two races