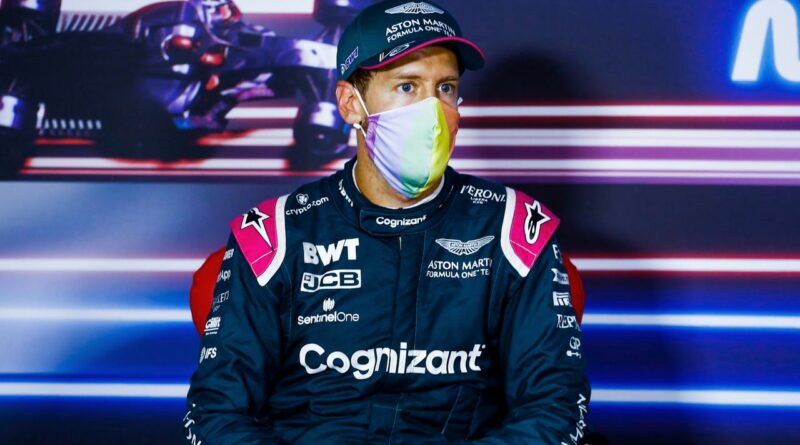 Four-time world champion Sebastian Vettel was disqualified from the Hungarian Grand Prix and stripped of second place, the FIA said.

Vettel’s Aston Martin car was deemed to have insufficient fuel left after the race.

World champion Hamilton now has a seven-point lead over title rival Max Verstappen who moved up a place from 10th to ninth after Vettel’s banishment.

“After the race it was not possible to take a 1.0 litre sample of fuel from car 5,” said an FIA statement released five hours after the chaotic race ended at the Hungaroring.

“The team was given several opportunities to attempt to remove the required amount of fuel from the tank, however it was only possible to pump 0.3 litres out.

“Given this situation, car No. 5 is not in compliance with the requirements of FIA Technical Regulations.”

The decision robbed Aston Martin of what would have been just their second podium of the 2021 season following Vettel’s runner-up spot in Azerbaijan.

“The 18 points loss is disappointing for the team, but it doesn’t take away from an otherwise flawless drive from Sebastian,” said a team statement.

“Today we showed that our car has strong race pace. Onwards and upwards.”

However, Aston Martin said they would appeal the decision. “I can confirm an intent to appeal,” team principal Otmar Szafnauer told motorsport.com.

“So once we learn more, then if we have grounds we will appeal, and if not, we’ll drop it. But we have 96 hours.”

The @FIA has impounded the entire Vettel car and will transport it to its technical facility in France, pending an appeal. Can't remember a team losing a whole car, PU et al like that. Luckily we have the summer break coming up…

‘DIZZY’ HAMILTON MAY BE SUFFERING FROM LONG-COVID

Lewis Hamilton, who battled from the back of the field to take third place in an intense and exhausting Hungarian Grand Prix on Sunday, admitted he may still be suffering from the effects of Covid-19 which caused him to miss a race last year.

The Mercedes driver, who now leads the championship by six points, was visibly unwell on the podium after the dramatic race and struggled to raise his trophy.

He was initially absent from the press conference reserved for the first three drivers because he was seeing a doctor.

“I’m ok, had real big dizziness and everything got a bit blurry on the podium,” said the world champion before opening up about the problems of life post-Covid.

“I’ve been fighting all year really with staying healthy after what happened at the end of last year and it’s still, it’s a battle.

“I haven’t spoken to anyone about it but I think (the effects of Covid are) lingering. I remember the effects of when I had it and training has been different since then.

“The level of fatigue you get is different and it’s a real challenge.” The 36-year-old missed the Sakhir Grand Prix in Bahrain in December after testing positive for Covid-19 and has gone on to win four races this season, including the British GP at Silverstone a fortnight ago.

“I continue to train and prepare the best way I can. Today, who knows what it is?

“Maybe it’s hydration, I don’t know, but I’ve definitely not had this experience. Had something similar at Silverstone but this is way worse.”

Charles Leclerc: Ferrari star reveals why he will not take the knee at Austrian Grand Prix

‘To kneel or not to kneel, that is not the question’: Lando Norris calls for F1 to sort out its anti-racism message