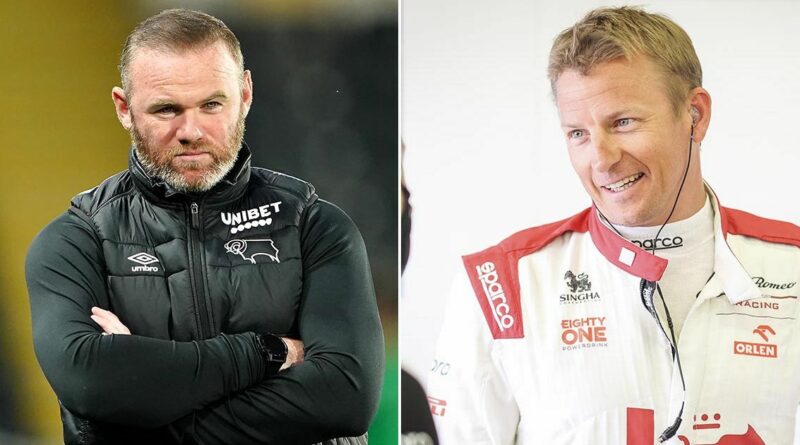 Money in football is well-discussed but Formula One stars can also earn mammoth pay checks.

In fact, it seems those who reach the elite level in motorsport can pocket themselves even more money than those who kick a ball for a living.

According to RacingNews365, Raikkonen boasts a whopping estimated net worth of $200m (£147m).

That makes him the fourth richest F1 driver ever, with Ferrari legend Michael Schumacher commanding top spot with a massive $780m (£573m).

British legend Lewis Hamilton is in second place with an estimated $280m (£206m).

Of course, these are merely estimations and it is impossible to know an athlete's exact net worth unless it is disclosed.

But estimations from Celebrity Net Worth have his net worth down as a similar figure.

The website estimates England's record goalscorer as having a net worth of $170m (£125m), meaning he's behind the driver.

This would suggest there is more money to be made from being a top racer than a top footballer.

Should sportspeople earn as much as they do? Let us know your thoughts in the comments section.

Finish driver Raikkonen made his F1 debut over 20 years ago and won the 2007 World Championship.

He is set to retire from the sport come the end of the current season, putting an end to his lengthy career which featured a two-year break in 2010 and 2011.

Schumacher has considerable amount more than Cristiano Ronaldo, who is number one on the footballers list with $450m, according to estimations.

David Beckham also comes in near that amount, while Lionel Messi is ranked third on $400m.

Former motorsport team boss and businessman Eddie Jordan is second on the racing list with his net worth of $475m, closely followed by American racing team owner Don Schumacher, no relation to Michael.