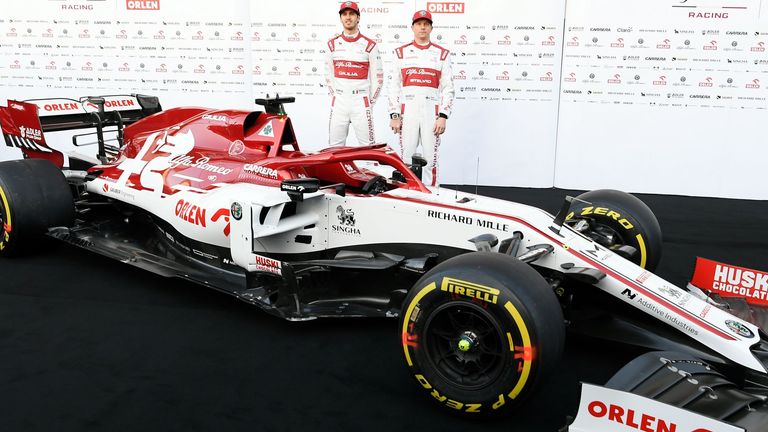 The Swiss team had previously teased images of the C39 with a snakeskin livery on Valentine’s Day, but returned to their red and white colour scheme from last season as they revealed their 2020 challenger in Barcelona, albeit with a modified livery.

The car features a large Alfa logo towards the rear, with red strikes sweeping towards the nose.

Kimi Raikkonen and Antonio Giovinazzi will be aiming to kick on this year – their second as team-mates – after a disappointing end to 2019 saw Alfa finish eighth in the constructors’ standings. 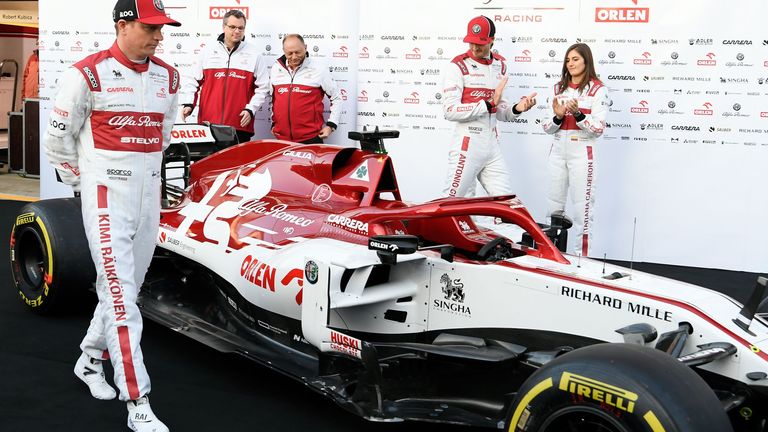 Powered by Ferrari engines, the team will hope to hit the ground running in Barcelona – where all six days of pre-season testing are live on Sky Sports F1. Haas also waited until testing for an official launch of their car, with Romain Grosjean and Kevin Magnussen on hand to unveil the VF20 in the pit-lane.

Haas kicked off 2020’s launch season with images of their new car on social media, but Wednesday morning was the first time it had been seen in the flesh. The US outfit, heading into their fifth season in F1, are in desperate need of improvement this season after ending 2019 second from bottom.

Renault back to black… for now 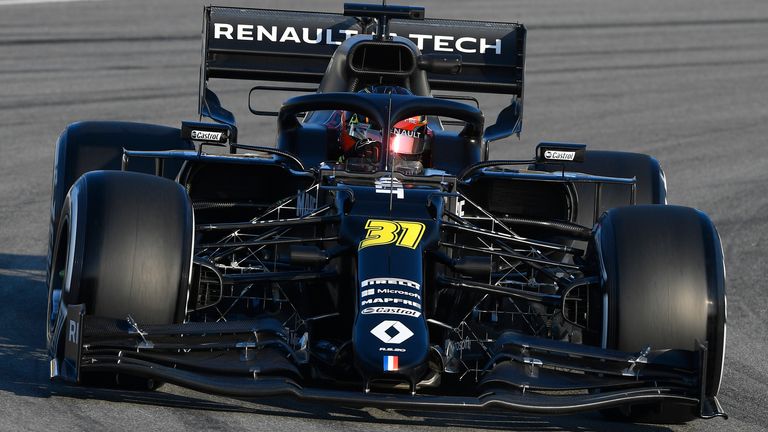 Renault are rocking a special testing livery to kick off F1 2020, with a new black colour scheme on show rather than the usual yellow.

It is likely only temporary for the six days of winter testing before the season starts next month.

Renault had previously only revealed renders of their 2020 car, at a season launch where team boss Cyril Abiteboul insisted he didn’t feel the need to present a “fake car”.