LONDON • Formula One is implementing “contingency plans” to deal with the consequences of Brexit, including possibly basing more material on mainland Europe, its chief executive Chase Carey said yesterday.

Several F1 teams have warned that Britain’s departure from the European Union, especially if it comes without a withdrawal agreement, will create logistical nightmares for an industry that relies on international staff and specialised goods moving in and out of Britain.

Mercedes team principal Toto Wolff said Brexit could trigger “the mother of all messes” for his Northamptonshire-based team.

Six of the 10 teams taking part in the 2019 grand prix series are based in Britain.

Carey told reporters at the Geneva International Motor Show that F1 was trying to make plans despite the uncertainty surrounding the timing and nature of Brexit.

“We are making contingency plans for trying to make sure we are prepared to deal with the issues that could possibly arise that would make getting people and things in and out of the UK more difficult,” he said.

He added that he considered complications surrounding the movement of goods more problematic than possible visa issues for international staffers with British-based teams.

Some F1 teams have suggested that teams based on the continent would have an advantage if new rules complicated the import of products into Britain, especially since teams typically work on tight deadlines.

Britain is scheduled to leave the EU on March 29, but Prime Minister Theresa May’s divorce deal has not yet been approved by parliament, raising the prospect of Brexit being delayed.

The alternative is Britain leaving on time without an agreement, a doomsday option both sides would like to avoid. 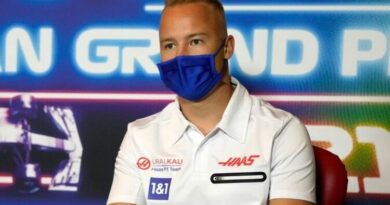