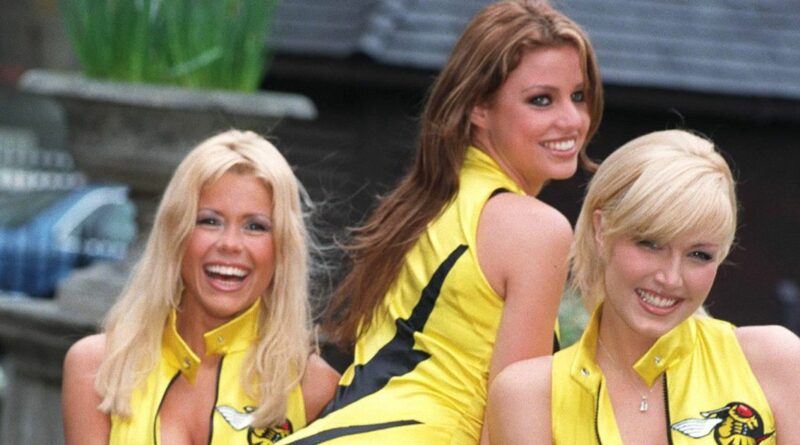 From former glamour models Lucy Pinder and Keeley Hazell to TV personalities Katie Price and Kelly Brook – Formula One has for decades provided a platform for aspiring models in the form of being a grid girl.

Grid girls could be seen at most F1 Grand Prix locations down the years and are tasked with completing promotional tasks while usually wearing the name of sponsors in the team colours they are working for.

Although there has been much debate in recent years over whether grid girls should still be hired by the premier form of open-wheel racing after they were banned in 2018 – many models have argued that only good came from their time working with the company.

Kelly Brook might now be best known for her work in TV and radio, but she made her name as a model before becoming an actress and media personality.

HAVE YOUR SAY! Should grid girls be banned? Tell us in the comments section

Kelly, who was crowed FHM's Sexiest Woman in the World in 2005, had been a grid girl a full seven years earlier at the age of just 20.

She recently posted a throw-back snap of herself at the British Grand Prix in 1998 holding a Union Jack flag, and has previously described it as a well paid job.

Television presenter and former glamour model Melinda Messenger spent time as a grid girl in Formula One, and backed the banning of the role back in 2018.

She said on Loose Women: "I’d just become famous as a model, I was doing some TV, and the Jordan [racing] team asked me if I’d be one of their grid girls."

Adding: "Now, of course, I’m almost 47, and I’ve sort of reflected on these things a lot and I am really aware of it."

Speaking in 2017 about the use of models, Jordan said: "Commercially it was a huge thing at the time. I was involved with Benson & Hedges. The idea was it should be fun.

"Motor racing is a very serious business, very commercial and it needs to have a very respectable return on the investment."

Lucy Pinder is a actress, television personality and former glamour model who appeared as an F1 grid girl in 2005.

Pinder posed alongside the likes of Fernando Alonso and Giancarlo Fisichella while promoting the release of the Playstation2.

More recently, she has started in films such as Sharknado 5: Global Swarming and the upcoming flick Nightmare on 34th Street.

Another model to pose with Jordan GP is Jodie Marsh, who is a media personality as well as model turned body builder.

Marsh appeared in the likes of FHM, Loaded, Nuts and Zoo during her younger days, and stole the headlines by appearing on Celebrity Big Brother.

Marsh looked unrecognisable in a social media update last year which showcased her body transformation following her move into the world of bodybuilding.

Naomi Campbell came out to defend the hiring of grid girls back in 2018 after news that the role would be abolished by the company.

She said on ITV having spent time with grid girls throughout her career: "I've never found it offensive and I've walked on that grid many times.

Model and actress Keeley Hazell spent time as a ring girl having worked for magazines such as FHM, Loaded, Nuts and Zoo.

The 35-year-old appeared at the British Grand Prix in 2006 and was snapped alongside the likes of Tiago Monteiro and Christijan Albers.

Hazell has since made her acting debut in Horrible Bosses 2 and since appeared in television series Ted Lasso. 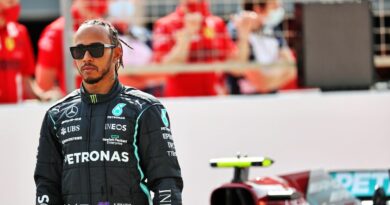