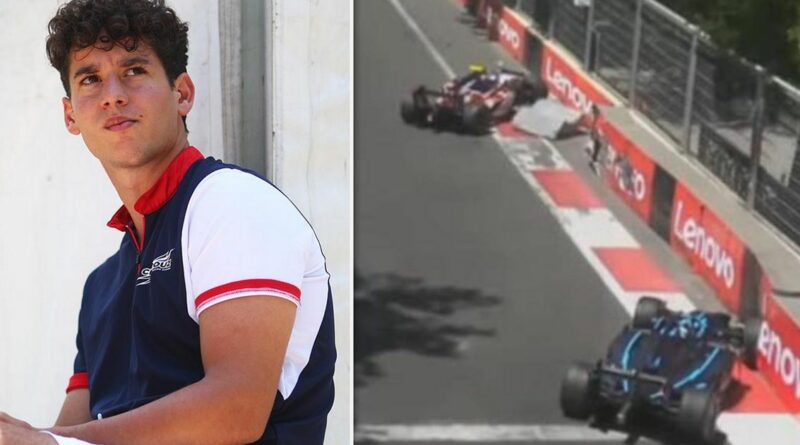 The father of F2 star Cem Bolukbasi has been banned from the British Grand Prix with FIA reporting that he was involved in a "provoked heated verbal exchange" with Roy Nissany’s trainer Francesco Martinez.

Yavuz Bolukbasi is said lost his temper after believing the driver of car 16, which is DAMS' star Nissany, made a derogatory comment about his 24-year-old son.

Both drivers had been forced to retire from the Azerbaijan F2 Grand Prix after a side-by-side collision in turn two, with the DAMS car locking up forcing both cars into the barrier after contact was made – with it quickly becoming apparent that neither could continue.

Following the incident, Bolukbasi’s father and Cem's manager, Temucin Unalp stormed into the rival team's tent on the paddock with the former beginning a "provoked heated verbal exchange" with Nissany, who had called his son an "idiot" over the radio.

Nissany’s trainer Martinez then got involved, with pushing and physical contact between the pair – FIA have since confirmed that Yazuv’s accreditation will be "withdrawn for the next event", which is the British Grand Prix in July.

Should the Bolukbasi have been fined? Give us your thoughts in the comments section

The FIA report read: "After an on-track incident between Cars 16 and 23 the father of the driver of Car 23, Mr Yavuz Bolukbasi, along with the driver's manager went to the DAMS Paddock tent.

"As the verbal exchange escalated the trainer for Roy Nissany became involved and there was some pushing and physical contact between the father and the trainer (Francesco).

“No punches were exchanged and the unwanted guests were removed from the area. At no time will physical violence, nor the threat of such be tolerated.

“In keeping with ISC (International Sporting Code) Art 9.15.1 Competitors are responsible for all acts of persons to whom they have given access to the Reserved Areas.

“The threat of violence and the actual minor scuffle that took place as initiated by Mr Bolukbasi are determined to be a breach of ISC 12.2.1(c).”