Mattia Binotto has hailed Charles Leclerc’s maiden Ferrari season as “outstanding” and says he will start 2020 on a “free to race” basis against former world champion Sebastian Vettel.

Pre-season expectations that the arrival of one of F1’s most exciting rising talents alongside one of its most successful drivers would prove a competitive F1 rivalry, with the intra-team dynamic a talking point all season.

Leclerc has become just the second team-mate, and the first at Ferrari, to outscore Vettel over a full F1 season, while the 22-year-old also won their qualifying head-to-head.

Binotto had started the season by saying Vettel’s greater experience meant he would be given priority in ’50-50′ situations but the situation over the year has evolved.

“Obviously now we just finished the season and there will be time from now to Australia, but when we started this season, the situation was quite different,” team principal Binotto told Sky Sports F1 after the Abu Dhabi GP where Leclerc finished on the podium.

“We had a rookie and an experienced driver. If you look at the last races they were free to race and I think that is where we start from.” 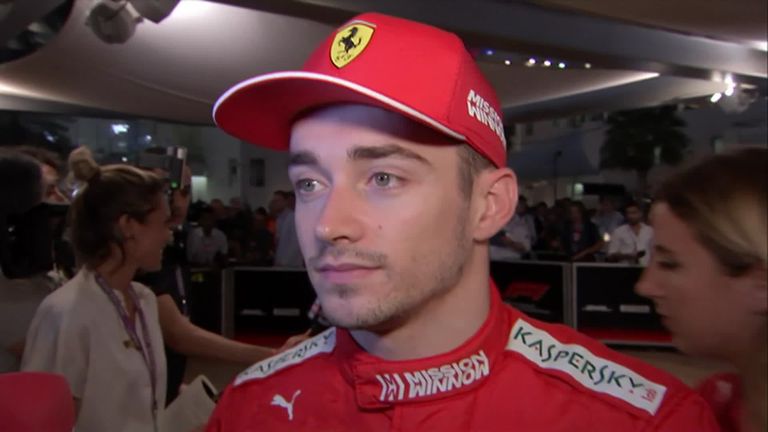 After just a single season in F1’s midfield for what was is now Alfa Romeo, Leclerc became the youngest driver to race for Ferrari in half a century and has topped Vettel in all key statistical areas this year – poles (seven to two), wins (two to one), podiums (10 to nine) and points (264 to 240).

“He’s good in battling, he’s good in racing, so we are very happy with him. I think that his season has been outstanding. Starting seven times on pole, two victories, on his very first year and finishing ahead of Sebastian in the championship, it’s still an achievement.”

While the form of Leclerc has proved an overwhelming success story this year, Ferrari’s overall performances in 2019 fell short of their expectations with a championship challenge to Mercedes not materialising.

Although nine poles were the most the team have enjoyed for 12 years, three race wins were half as many as 2018 with the team letting numerous other chances for race-day success slip.