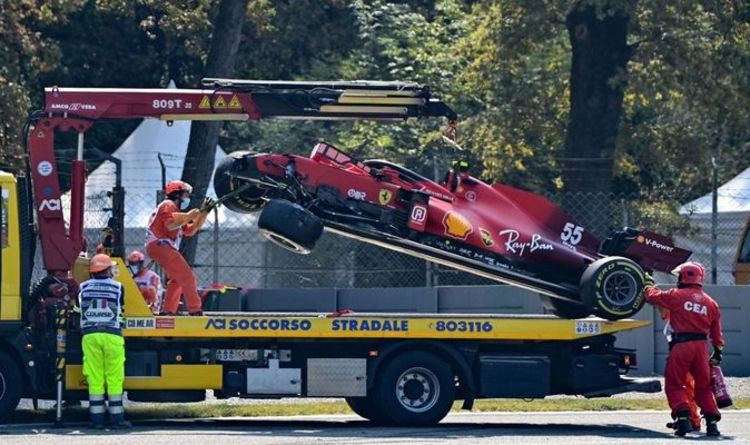 Ferrari’s dream weekend in front of their home crowd has taken a turn after a nightmare final practice session ahead of the Italian Grand Prix on Sunday. Carlos Sainz Jnr suffered a heavy crash after losing the rear end of his Ferrari on the kerbs of Ascari and hit the wall hard halfway through the session, with Charles Leclerc taken unwell.

Sainz was able to walk away from the crash, but sounded winded after the impact on the team radio, and was subsequently taken to the on-site medical centre for checks.

It’s the third crash for Sainz in the last four race weekends, with incidents in Budapest and Zandvoort too, plaguing the Ferrari driver.

A statement from Ferrari read: “We are working flat out, aiming to get Carlos’ car ready for Sprint Qualifying.”

Ferrari were then struck with a second issue during the session, as Charles Leclerc trundled back to the pits, reporting of an unspecified issue – which Ferrari later confirmed was down to the driver feeling unwell.

The statement from Ferrari continued: “Charles, we cut his session a few minutes short as he was feeling slightly unwell”.

There has been no update as to whether Leclerc will be well enough to take part in Saturday’s sprint qualifying session, a race that will determine the grid for the main event on Sunday in Monza.

Should Leclerc or Sainz require replacing ahead of the session, Ferrari’s first port of call is Antonio Giovinazzi, who currently races with Alfa Romeo.

Yet, with Kimi Raikkonen already being replaced by Robert Kubica due to a positive Covid test, Callum Ilott could be in line to replace the Italian at the Swiss team.

It would be a blow for Leclerc, who stormed to victory in front of the Tifosi in 2019 when he took just his second F1 career win in front of a huge crowd, ending Ferrari’s nine-year wait for a home win.

Ahead of the weekend, he said: “It is always very, very special to be racing in Monza for Ferrari in general, but also for me, I will forever remember two years ago; it was absolutely crazy.”

“But I think this year will be a bit more difficult. Of course, we did some progress since last year so it should be a better race in comparison to last year.

“On paper, it is a difficult track for us, but it is also a weekend where we have the Sprint Qualifying… so a different format. So hopefully we can take advantage of that and have a good weekend anyway. But on paper let’s say it’s going to be difficult,” he maintained.

The Monegasque racer currently sits sixth in the driver standings, with his team-mate Carlos Sainz Jnr in seventh as Ferrari look to bounce back from their worst F1 season in 40 years in 2020.

Leclerc finished in the top five at Zandvoort, with Sainz Jnr in a solid seventh, meaning Ferrari have put themselves 11.5 points ahead of midfield rivals Mclaren, third overall in the standings. 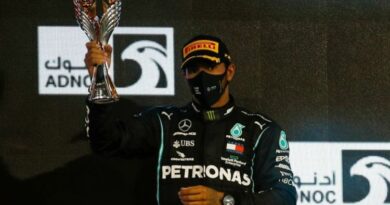