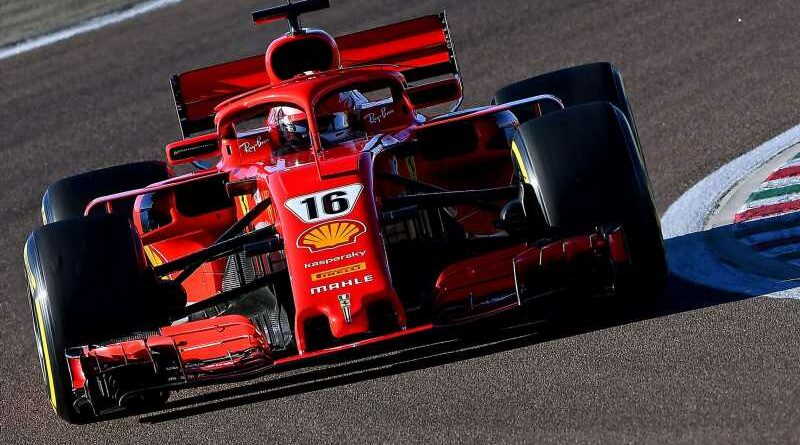 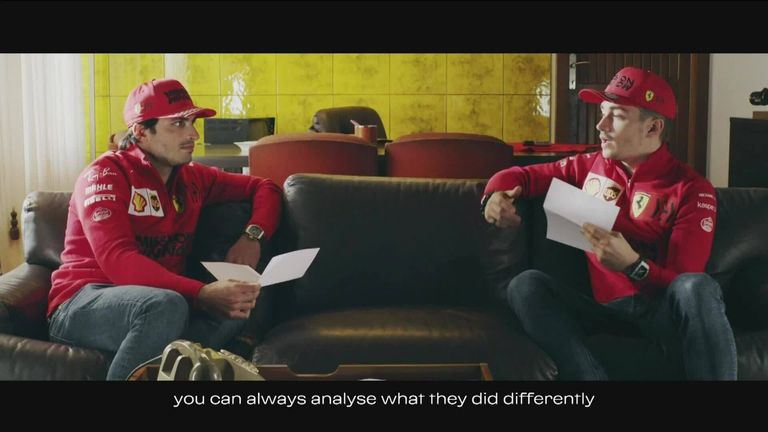 Ferrari believe they have “recovered quite a lot of speed” with their new 2021 car as the F1 giants bid to bounce back from one of their worst seasons – but have stressed it is unrealistic to expect Charles Leclerc and new signing Carlos Sainz to be fighting at the front again this year.

The Scuderia officially got their 2021 season up and running on Friday with a team launch from Maranello – with the car not to be revealed until March 10 – and team boss Mattia Binotto, Leclerc and Sainz all spoke passionately about working together to rebuild the sport’s most successful and famous stable, who went from perennial title-contenders to a lowly sixth last year.

Few changes to the regulations this year makes it difficult for a team to drastically change their fortunes, but Binotto revealed his confidence that Ferrari have addressed what was seen as their biggest 2020 weakness.

“I think that last year the main issue was the speed on the straights, not only the power but both power and drag,” said the team principal, with Ferrari set to debut a new engine as well as a new rear car design for the SF21.

“We’ve worked a lot, both on power unit and the car aerodynamics to reduce the drag of the car. 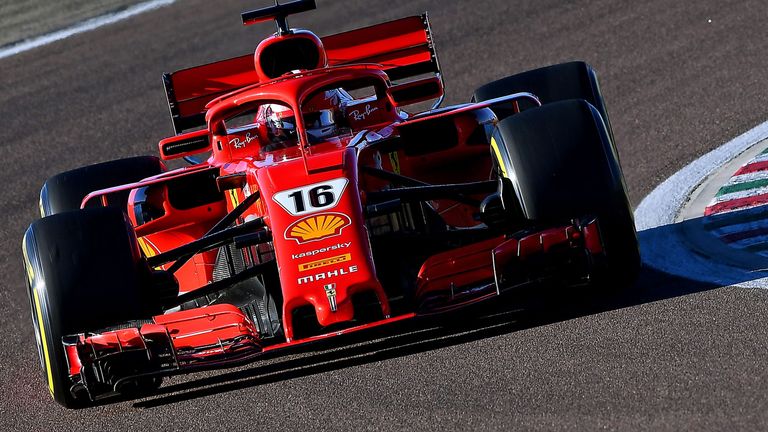 “Based on our simulations, based on what we can see in terms of power output from the dynos and the drag of the car from the wind-tunnel, I think that we recovered quite a lot of speed on the straights.

“So I’m expecting the speed not to be such an issue as it was. We hope to be competitive, but we will know it only when being in Bahrain [for pre-season testing and the first race]. It’s always relative to what the others are doing.

“But our car is certainly more efficient than the one we had last year.”

Leclerc admitted he had spent more time at Ferrari this winter than his previous two with the team, with the young Monegasque – and the new presumptive team leader – also cautiously optimistic about his 2021 car.

“It looks like quite a good step and I think there’s been a lot of work here,” stated Leclerc. “We’ve been here since the beginning of the season, pushing quite a lot and seeing the improvements of the car.

“For now, it always looks positive on paper but then we need to see where the others have done as a step, and where we are compared to them.”

“I’m happy and proud and I have seen good progress, but until we see what are rivals have done it’s going to be impossible to know if it’s enough or not.”

Leclerc and Sainz also spoke of the “compromise” of battling against each other while also dragging Ferrari further up the grid – which both agreed was their main priority. On that note, Binotto explained: “To be world champions, first we need to beat the other cars and the other drivers.

“Only by the time that eventually we are the fastest car, and we have the fastest drivers on track, we may fight between them. It’s really being focused in trying to progress as a team.”

Ferrari ‘realistic’ about 2021 prospects, but accept: ‘We need to do better’

Ferrari, while accepting the need for improvement in 2021, did not set an objective for the campaign – but it does not seem they are expecting to immediately free their shackles of the midfield.

Mercedes and Red Bull led the way by some distance in 2020, with McLaren, Racing Point and Renault also finishing ahead of the team that has a combined 31 world titles, but has not won in 13 years.

“I do believe our car is better than the car of last year, but we need as well to be realistic,” stressed Binotto. “The gap to the best last year was very important and is not something we can recover in a single winter.”

The team boss even admitted that much of their 2021 efforts would be going towards next season’s car amid a major F1 rules overhaul.

“Our focus on 2021 will be developing the 2022 car, that will be the main target,” he said. “We will not spend much time on the 2021 car during the season, there’s always a balance and it’s a choice we need to make at some stage.

“But 2022 is such a big change that there is a minimum quantity of exercise and design that needs to be developed, so most of the effort will be there.” However, Binotto also said Ferrari must not only think of the long-term given how far they fell last year – with jobs possibly on the line if there is not a big jump in performance.

“Certainly last year was a big, big disappointment,” added Binotto. “We know that we cannot repeat such a bad result. We know that we need to do better in 2021. But I think even more important is our will to win.

“I’m not saying that we will win – I think we need to be realistic and I think that there are cars that have been very, very strong last year, and with the cars being partially frozen, will be certainly very strong again in 2021.

“But I think our will to win is our commitment, our intention, our focus, being aware that each single detail counts. I think determination will be important and showing progress. That’s what I’m expecting.

“I think it’s a matter of team mentality, driver’s mentality, and as team principal no doubt I’m fully aware of the responsibility I’ve got.

“So I don’t feel the pressure, I feel the responsibility and the pride. I know that we simply need to do better and that’s part of my responsibility.”

There is certainly plenty of intrigue at Ferrari ahead of their launch on March 10, with three days of pre-season testing then starting on March 12 in Bahrain.