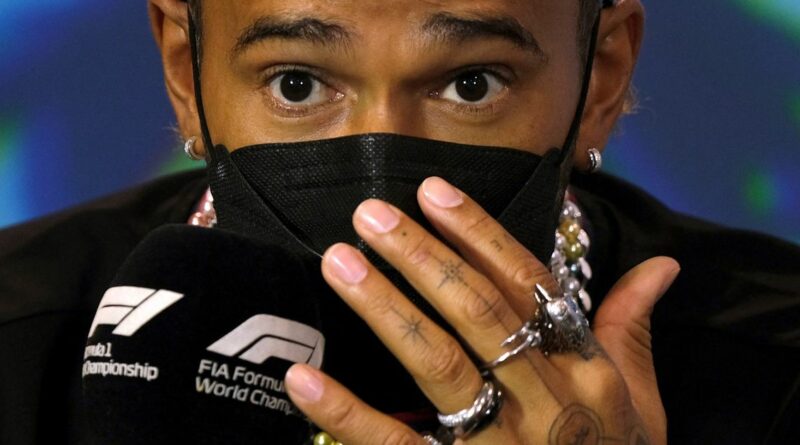 Mercedes star Lewis Hamilton will be fined by the FIA if he continues to wear jewellery while driving in Formula 1, president Mohammed ben Sulayem has confirmed.

Hamilton called on the FIA to relax their strict rulings against drivers wearing jewellery while competing at the Miami Grand Prix last weekend. F1 has had rules surrounding jewellery implemented for several years now, but they have only been clamping down on the issue recently. The Brit has been outspoken on the matter and has publicly questioned why the body is being so strict.

The 37-year-old appeared to concede to the FIA’s position at the Miami Grand Prix last weekend by removing nearly all his jewellery. However, he failed to remove his nose stud and several earrings, claiming they are ‘nearly impossible’ to take out.

According to the Daily Mail, the seven-time world champion held a conversation with FIA doctor Sean Petherbridge prior to practice sessions in Florida, and he has been awarded a two-race ‘grace period’ to remove other piercings from his body. The agreement runs until the Monaco Grand Prix, with talk that Hamilton could be banned from competing in the prestigious race around the principality.

Ben Sulayem has now commented publicly for the first time since the jewellery feud began. While the FIA president refused to suggest Hamilton will be banned, he admitted the fines will be issued if the seven-time world champion continues to fail to comply.

“That's up to him. There are fines that apply,” Ben Sulayem told the Mail. “It's like if someone speeds on the roads – you can't stop them doing it but they get fined, even if it was accidental.

Do you think Lewis Hamilton will be banned from racing at the Monaco GP? Let us know in the comments section.

“You can't let people off because they are your friends. There has to be one rule for all, and that's that.

“I love jewellery. I absolutely love it. But in the car there can be no choice. People say they (the rules) haven't been implemented before. Don't ask me why not. People can ask the old regime why that is the case.”

The issue has led to an almighty storm, with Hamilton sensationally donning eight rings, three watches, four necklaces and two earrings as he proved a point during his press conference in Miami.

The Brit claimed the clampdown felt like a ‘step backwards’ for the sport, adding: “It seems unnecessary to get into this. I am here to be an ally of the sport – we have bigger fish to fry.”

The issue may be set to continue too, as Sky Sports reporter Ted Kravitz revealed on his 'Notebook' show that Hamilton could suffer the consequences of pushing back against such rulings.

“So there is a little storm brewing. Hamilton has said they can fine me whatever they want, but it’s not as simple as that. If the FIA decide to not scrutineer the driver, which it looks like they can do, they can stop Lewis from going out of the pit lane at the beginning of Friday practice because he has not been scrutineered – the driver is now effectively scrutineered in the same way as a car is.

“So this could get very nasty quite quickly in a race-and-a-half’s time.” 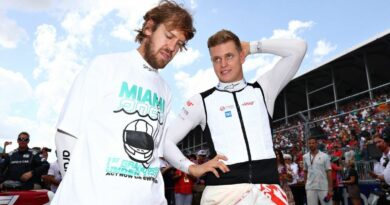