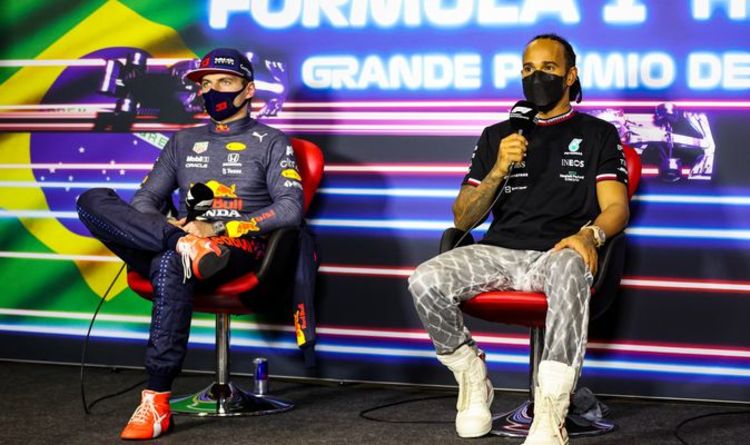 World Championship leader Max Verstappen could yet be punished for an incident that forced both him and Sir Lewis Hamilton off the track at the Brazilian Grand Prix. On what proved a dramatic race weekend, Hamilton produced a sensational drive to come from 10th on the grid to beat Verstappen to the chequered flag, cutting his rival’s overall advantage to 14 points with three races of the season remaining.

The seven-time world champion took the lead with 12 laps remaining, but only after his Red Bull rival had fought tooth and nail to keep him at bay, at one point receiving a black-and-white flag for weaving.

Controversy reigned on lap 48 though, with the pair coming within inches of colliding after Verstappen appeared to open his steering as Hamilton came up on his outside at turn four, a move that forced both drivers wide.

At the time, the FIA declined to investigate the incident, and upon hearing the news over team radio Hamilton issued a sarcastic response, saying “Of course, of course,” in a tone of voice which left little to the imagination.

On Saturday, Hamilton found himself relegated to the back of the grid for the sprint race, despite qualifying on pole, due to a DRS infringement, while Verstappen was fined €50,000 for touching and examining the British driver’s rear wing himself.

And tensions between Mercedes and Red Bull were still running high after Sunday’s race, with Toto Wolff saying it was “laughable” that Verstappen was not punished for what occurred during the Grand Prix.

However, it seemed neither Horner, or Verstappen, are out of the woods yet after comments made my FIA race director Michael Masi.

Asked if the forward-facing on-board footage from Verstappen’s car was available when the incident was first looked at, Masi said: “It is only the cameras that are broadcast that are basically what we have access to throughout. It hasn’t been obtained yet. It has been requested,” he told GP Fans.

Put to him this footage is the “smoking gun” in this instance, Masi conceded: “It could be, absolutely.

“But we didn’t have access to it. It has been downloaded and once the commercial rights holder supplies it, we will have a look.

“Absolutely [I will look at it]. We’ve got the forward-facing, the 360…all of the camera angles that we don’t get live will be downloaded and we will have a look at them.”

Masi has confirmed Verstappen came close to receiving a black-and-white flag for the incident.

“It certainly came into my mind,” conceded Masi. “I looked at it a few more times [and] it wasn’t far off a black-and-white flag.”

Masi was also asked if the footage could be the “smoking gun” in terms of potential punishment.

“It could be, absolutely. But we didn’t have access to it. It has been downloaded and once the commercial rights holder supplies it, we will have a look.

“Absolutely [he’ll look at it]. We’ve got the forward-facing, the 360, all of the camera angles that we don’t get live will be downloaded and we will have a look at them.”

The two drivers have already collided twice this season, at Silverstone and then Monza, and any consequences for Verstappen this time around could have huge ramifications on the title race, with every race, and point, crucial with just three F1 events remaining in 2021.

This Sunday, Qatar is the venue before a fortnight gap and the first ever F1 Grand Prix in Saudi Arabia.

The season will then culminate on December 12 in Abu Dhabi.

Hamilton’s win at Interlagos has ensured that regardless of this weekend’s result, the title can not be decided until the penultimate race at the earliest. 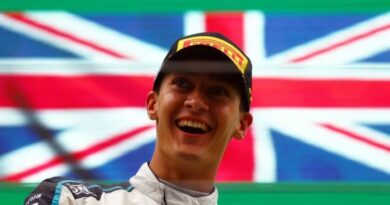