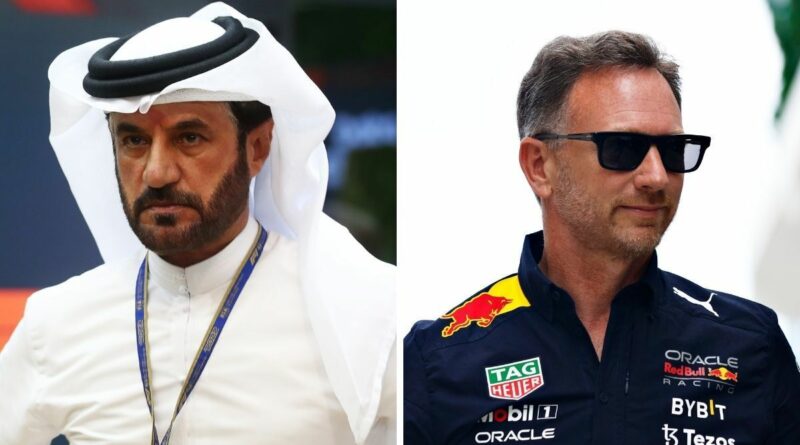 FIA president Mohammed Ben Sulayem has reportedly met with Porsche CEO Oliver Blume to understand the German manufacturer’s commitment to motorsport. The news comes after Red Bull boss Christian Horner suggested it would be ‘logical’ for the Milton Keynes-based team to link with the brand.

Volkswagen Group have revealed their plans to enter F1 through their premium Porsche and Audi brands in 2026, when a new engine formula is set to be released to shake up the grid. Red Bull have been heavily linked with a partnership with Porsche while Audi are believed to be looking to acquire a team of their own.

Under the current Concorde Agreement, new teams must pay a $200 million – £164m – entry fee to compensate the rest of the paddock for the prize fund being sliced into 11.  VW Group are in the final stages of evaluation over their F1 plans, as they seek assurances regarding the direction where F1 will go with its 2026 engine formula.

The meeting between Ben Sulayem and Blume comes with talks ongoing in the background between VW and the FIA. Porsche are tipped to enter the sport as an engine partner while Audi are likely to operate as their own team and are expected to acquire a current team.

Horner warned that current teams could rebel against the addition of any new entries. The 48-year-old pointed to the dilution of the prize money fund as the key reason why current teams in the paddock would be keen to avoid any changes to the line-up.

Audi are looking to join forces with a team as McLaren quashed rumours they could be purchased, while Red Bull have been heavily linked with Porsche. Porsche, Audi, and Andretti Global are each looking to enter F1, and so Horner is naturally expecting some push back from around the paddock as current teams will not want to see the prize fund diluted.

Speaking to select members of the media including RacingNews365.com, Horner said: “Money is ultimately going to be a significant factor.

“I see a question, really for the promoter, that if they want more teams, they’re obviously going to have to dilute their share of the fund, because it would be unfair to expect the other teams to pay for the additional new entrants to come in indirectly.

“I think it’s great that there’s the interest from new brands, and a team like Andretti, a great name, but I think it’s something that, with [F1 owner] Liberty [Media], it’s their business model that they need to work out for the future.”

Volkswagen have made clear their intentions and have now entered into a final evaluation phase as negotiations with the FIA are underway. Horner is adamant that a deal with Porsche would be wise as his Red Bull team look to build their own power units for 2026.

He added: “We’ve just started a new journey as a power unit manufacturer for 2026, so, of course, it would be logical for us to look at all discussions about a potential cooperation.

“It’s still very early days. There’s nothing to report and, when there is, you guys (the media) will naturally be the first to know.” 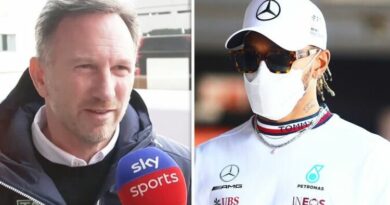