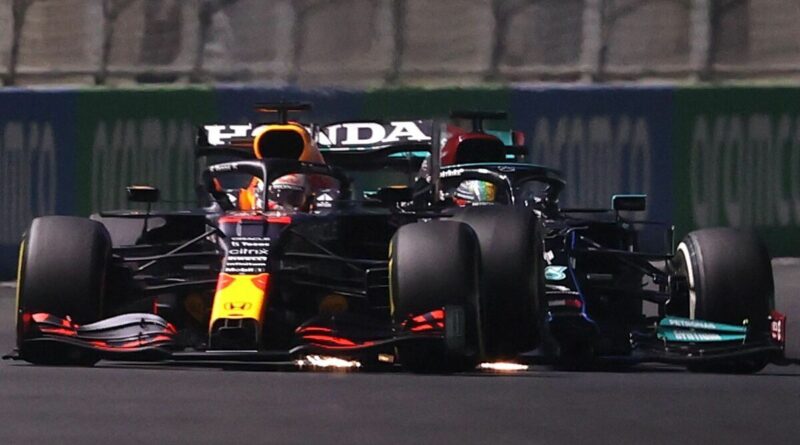 British motorsport commentator Jolyon Palmer has questioned the handling of some F1 incidents by the FIA and thinks they are getting stricter. The FIA have been under intense scrutiny since the controversial ending to last season’s title decider at the Abu Dhabi Grand Prix.

Since then, changes have been implemented both in the rules and those enforcing them, but this season’s officials have come under fire for new incidents. They faced criticism following the handling of the delayed start to the Monaco GP and Palmer has questioned whether FIA are taking a stricter approach to calling damaged cars to the pits.

Kevin Magnussen made contact with Lewis Hamilton on the opening lap of last weekend’s Canadian Grand Prix and was later issued with a black and orange flag by race director Eduardo Freitas as a tiny bit of his front wing was sticking out. After the Dane made his pit stop, he re-entered at the back of the field. Post-race, he was furious with the decision and highlighted Lewis Hamilton’s drive at last year’s Saudi Arabian Grand Prix as a reason why he shouldn’t have been forced to pit by officials at Sunday’s Canadian Grand Prix.

Hamilton made contact with Max Verstappen during a chaotic race at the Jeddah Corniche circuit last year, in which he lost part of his front wing, but went on to take the chequered flag. Palmer made the same point and questioned whether the different responses to the two incidents is perhaps an indicator the FIA are clamping down on certain issues.

JUST IN: Lewis Hamilton lashes out at US judge for ‘disgusting’ decision in furious statement 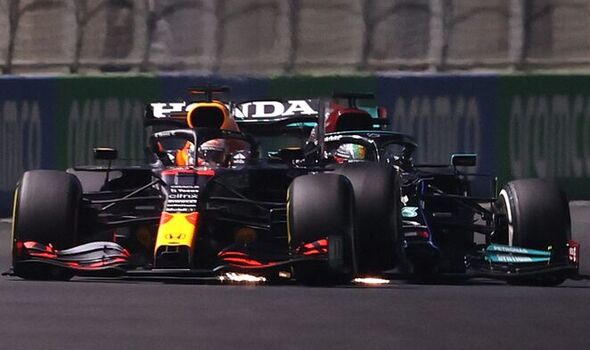 “The big one that we saw, just about 10 races ago now, was when Lewis Hamilton hit the back of Max Verstappen in Jeddah,” Palmer explained in a race analysis video for F1 TV. “Now Lewis didn’t have to pit and didn’t get a black and orange flag for damage that looked pretty similar to Kevin Magnussen’s in the Haas this year.

The incident for Magnussen follows on from AlphaTauri driver Yuki Tsunoda being shown a black and orange flag one week earlier at the Azerbaijan Grand Prix due to an issue with his rear wing. “Maybe we’re going to see more drivers get these black and orange flags because now, twice in a row, with Yuki Tsunoda’s rear wing in Baku and Magnussen’s front wing in Montreal, it’s derailed their entire Grand Prix for a little bit of damage,” Palmer added. 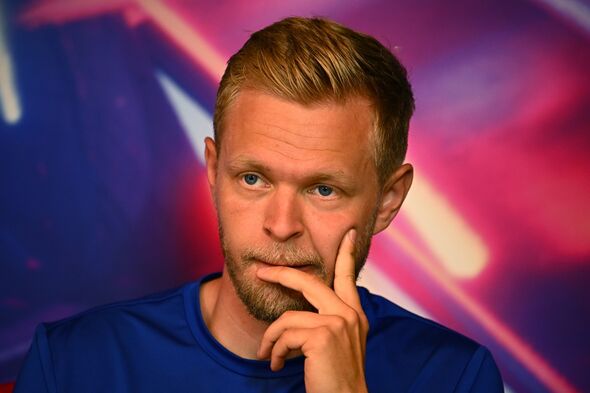 Speaking of Hamilton, who is preparing to compete in front of his home fans at the British Grand Prix next week, he was left disgusted after the US Supreme Court on Friday ruled that the national right to abortion will be scrapped. The Mercedes driver has lent his support to a whole host of issues during his career as an F1 star and said he has been left ‘disgusted’ by this week’s ruling.

“Disgusted by the decision made by the Supreme Court in the US today,” the seven-time world champion wrote on Instagram on Friday. “I don’t understand why some in power pushed and continue to push to strip rights away from millions of people. This decision will impact the most vulnerable among us. Women, people of colour, members of the LGBTQIA+ community and so on.” 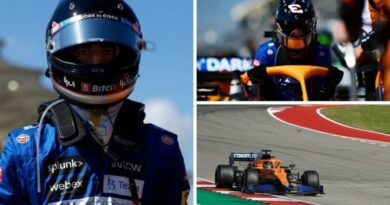