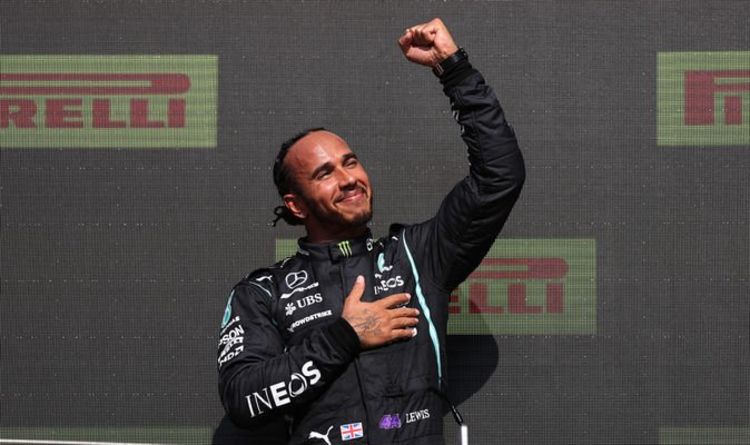 Lewis Hamilton’s future in F1 was plunged into doubt on Thursday when Mercedes team boss Toto Wolff claimed he may never get over the controversial last lap which decided the 2021 Drivers’ title in Abu Dhabi. With the Brit being pipped to his record-breaking eighth word championship by Max Verstappen representing a clear low point, Express Sport instead looks at the Stevenage-born star’s five greatest moments:

Canada was the setting in 2007, and the Brit managed to capitalise on the first pole position of his fledgling career by taking the chequered flag first too.

It was not plain sailing though, with a shocking crash from Robert Kubica one of numerous incidents which brought out the safety car and bunched up the field.

But Hamilton held his nerve to see out the victory at 22-years-old, notching the first win of a mammoth total which currently sits at 103.

Deep into Hamilton’s debut season in 2007, he notched one of the most mature wins of his entire career at the Fuji speedway in Japan.

Furthermore, it was the first time the circuit had been on the F1 calendar for three decades.

But the youngster held on to claim an impressive victory while more experienced campaigners, such as McLaren team-mate Fernando Alonso, spun out and succumbed to the elements.

After missing out on the Drivers’ Championship by a single point to Kimi Raikkonen in 2007, Hamilton went one better and clinched the crown a year later.

And in a similar, albeit less controversial fashion to the way Abu Dhabi played out on Sunday, all was decided on the final lap.

A late flurry of rain had wreaked havoc on the field, with some drivers deciding to pit and others opting to stay out.

Hamilton was part of the former group, and his last-gasp overtake on Timo Glock sent his family wild in the McLaren garage, much to the despair of Felipe Massa’s Ferrari followers who were already celebrating.

Up there with the best

By the time Hamilton lined up on the grid for 2020’s Turkish Grand Prix, he had spent seven years with Mercedes, collecting five more world titles in the process.

And after a rain-soaked afternoon of racing, he had to call on all his experience while the likes of Max Verstappen, Alex Albon and Sebastian Vettel all ran into issues.

Hamilton stayed out on track while others pitted, and a swiftly-executed move on Sergio Perez saw him through to the chequered flag where he equalled Michael Schumacher’s record of seven world championships.

“That’s for all the kids out there who dream the impossible. You can do it, man, I believe in you guys,” he said on the team radio.

One of Hamilton’s most impressive performances came during the recently-concluded 2021 season.

The Brazilian Grand Prix was shaping up to be an unlucky one for the Brit and Mercedes, after a rear-wing penalty saw them disqualified from Friday qualifying.

Hamilton then produced an admirable fightback during Saturday’s qualifying sprint, but a further grid penalty saw him start Sunday’s crunch race way down the pack.

But he fought his way back to title challenger Max Verstappen and, against all the odds, prevailed to keep his title hunt alive – a battle which lasted until the final lap at Yas Marina on Sunday. 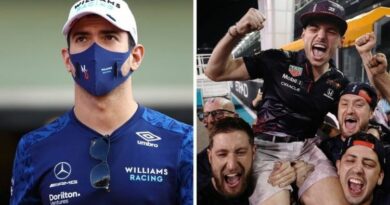 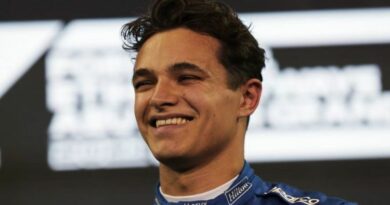