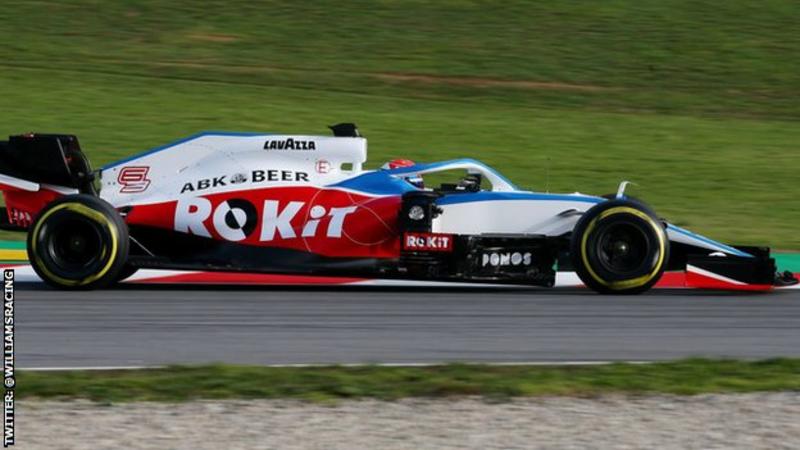 Williams have begun their 2020 season with a recognition of the long haul they face before the team can return to competitiveness.

Williams finished adrift of the field in 2019, their worst ever season, with a car nearly 1.5 seconds slower than the next slowest on the grid.

Deputy team boss Claire Williams said 2020 “is about making progress” and the “fighting spirit” is still there.

On Monday, the team unveiled the car, the FW43, before pre-season testing.

Williams said the team hoped to begin the path back to competitiveness after working hard last year to understand why the previous car was so slow.

“This year marks a fresh start for the team. We have spent time addressing our areas of weakness and have ensured that we have the right people, structures, procedures and resource in place to deliver competitive race cars,” said Williams.

“We are all committed to rebuilding Williams and returning the team to competitiveness.”

Design director Doug McKiernan said: “We have paid significant attention to understanding the problem areas of the FW42 and we have carefully chosen parts of the car to develop, those that would give us the most performance for the resources we have.

“The main concept behind the FW43 is that it is a continuous development of the FW42, with no fundamental concept changes to the layout.

“The most important indicator that we are on the right path will be the level of correlation we have between the tool kit we use to design the car and what the track data is telling us.

“There has been a healthy development rate in the wind tunnel, and we have found reasonable improvements in the cooling efficiency. The team has addressed the mechanical issues that affected it in 2019, these include the brakes and the overall weight of the car. We have made some good progress across these areas and will continue to focus on them during the season.”

The low-key remarks from key figures reflect the reality that Williams probably face another year at the back, and that their realistic aim can only be to try to catch up with the rest of the field.

Pre-season testing starts on 19 February, with the first test lasting until 21 February, and the second running from 26-28 February.

The first race of the season is in Australia on 15 March.

When the coronavirus forced the NHL to suspend its regular season March 12, fans lost out on the final 3½

Sources: Astros bans end in ’20 even if no games

Redknapp blasts Spurs for cutting wages of non-playing staff due to coronavirus
We and our partners use cookies on this site to improve our service, perform analytics, personalize advertising, measure advertising performance, and remember website preferences.Ok