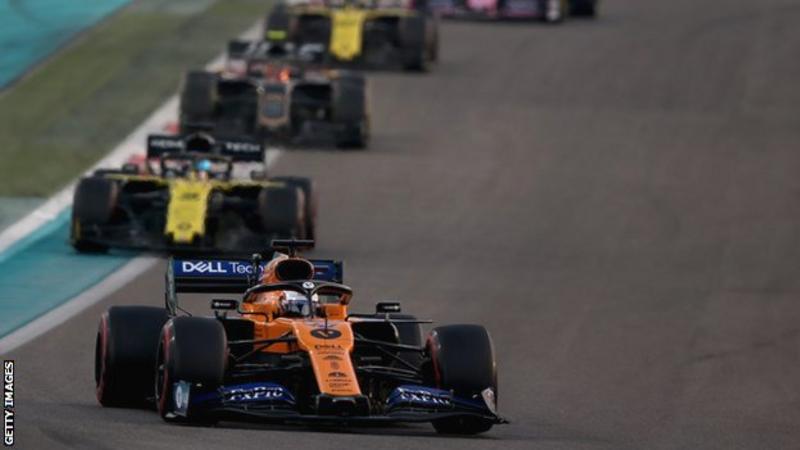 Formula 1 teams have unanimously rejected the tyres proposed by supplier Pirelli for the 2020 season.

The Italian company had hoped the new design would be a step forward in plans to introduce less sensitive tyres, on which drivers can push and race harder.

But at a test in Abu Dhabi last week, teams preferred the 2019 tyres.

A statement from governing body the FIA said: “The lessons learned will be invaluable for the further improvement of the tyres in the future.”

The decision to stick with the 2019 models is a blow both to Pirelli and F1 in their plans to produce tyres that are more raceable than those that have been used in recent years.

The drivers, under their representative organisation the Grand Prix Drivers’ Association (GDPA), have been pushing for the tyres to be made more durable so they can push flat out and race harder than they have so far been able to in the Pirelli era.

The Pirelli tyres used in F1 since 2011 have a tendency to overheat when pushed hard, which means drivers cannot push flat out or follow another car closely for any significant period of time.

This means races are dominated by tyre management, which means driving to a pre-set pace that keeps the tyres within their temperature window and which is well below the absolute limit of the car.

At some races, drivers cannot even push flat out for a full qualifying lap.

F1 is introducing major rule changes for 2021 with the aim of closing up the field and making overtaking easier, and Pirelli has been tasked with improving its tyres with the same aim.

FIA president Jean Todt said at the season-closing race in Abu Dhabi that the tyres needed to be “addressed for 2021”.

But Pirelli’s attempts to introduce a new, more durable design for 2020 have hit problems from the start.

Ferrari driver Sebastian Vettel was unconvinced by the tyres on his first experience of them at a test in Barcelona before the Japanese Grand Prix in October.

And when all the teams tried them in practice at the United States Grand Prix later that month, the drivers were unanimous in their criticism of them.

Pirelli F1 boss Mario Isola said at the time that the test in the USA had been less effective than hoped because of the unusually cool conditions in Austin that day.

But the tyres were not met with any greater approval in the more representative conditions in Abu Dhabi.

Haas driver Romain Grosjean, a director of the GPDA, said at the Abu Dhabi test: “There are some positives and negatives. It’s early days. Is it a big change and what everyone would like to have? No.

“We need to look at how we’ve been running the cars and to make sure we are on the maximum of everything.

“But if you ask me if I’m very happy about the new tyres and this is going to solve some of the problems – the thermal degradation, sensitivity to following another car – I just have to tell the truth – no, it’s not going to change the problem fully.”

Senior figures in F1 hope the move to 18-inch wheels and lower profile tyres for 2021 will make it easier to design tyres that fit the required criteria.

Testing on the 2021 rubber has already begun – Pirelli completed a two-day test in Abu Dhabi at the weekend with a 2019 Mercedes driven by Williams driver George Russell using 18-inch wheels.