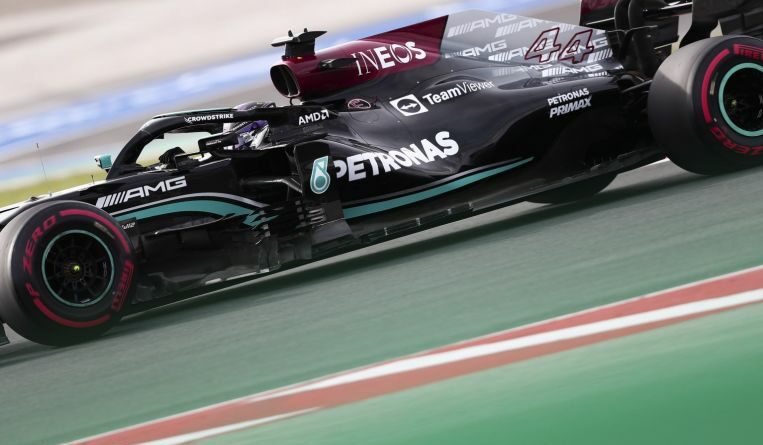 ISTANBUL (AFP) – Reigning world champion Lewis Hamilton was fastest in both of Friday’s (Oct 8) practice sessions for the Turkish Grand Prix but has to take a 10-place grid penalty for Sunday’s race having had the engine replaced on his Mercedes.

Championship leader Hamilton was quickest in the second practice with a time of 1min 23.804sec ahead of Ferrari’s Charles Leclerc.

Valtteri Bottas in the other Mercedes was third, followed by Red Bull pair Sergio Perez and Max Verstappen, the Dutchman who trails Hamilton by just two points in the title race.

Verstappen was more than half a second behind Hamilton who avoided a full grid penalty as the entire power unit was not changed.

On Sunday, on the track where Hamilton wrapped up the 2020 title, he will start in 11th place at best.

If another part is changed on Saturday or even before the race on Sunday, he will be penalised more heavily.

“The track felt so different to last year – in 2020, oil was rising from the new surface and the grip was so difficult to find,” said Hamilton.

“We’re fairly close to the maximum we can extract from the package but we always find something overnight, so we’ll be working hard to take our pace into tomorrow – hopefully it isn’t raining!

“I have a lot of work to do on Sunday and I need to just focus on getting the best out of tomorrow, obviously aiming for pole to limit the loss of the penalty.” Hamilton won the 100th race of his career in the last round of the championship in Russia.

Verstappen, who was second in Russia, despite starting from the back of the grid, said it “was not he best of days”.

“It’s a super nice track especially with the improved conditions but it looks like we have a lot to go through this evening because today wasn’t the best of days,” said the Dutchman.

“We tried a few different things going from FP1 to FP2 but we’re still looking around for improvements as we don’t have a lot of data on these cars for this track.

“Of course, Lewis is taking a penalty on Sunday but we have to focus on ourselves, hopefully we can make improvements before qualifying tomorrow as we have some challenges, we’ll see what we can do.”