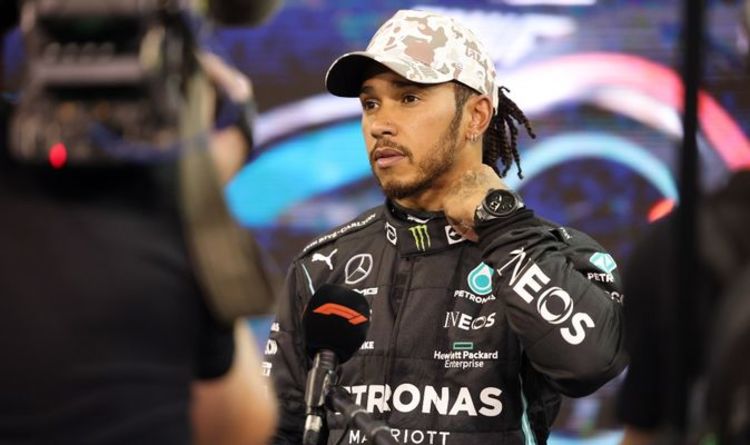 F1 is still reeling five days on from the dramatic and controversial ending to the 2021 season. Lewis Hamilton was denied a record eighth F1 title in heartbreaking circumstances, while Max Verstappen won his maiden world championship.

Following arguably the lowest moment of the Briton’s career, he has yet to speak out since the interview immediately after the race.

Following Mercedes chief Toto Wolff’s comments regarding Hamilton’s future in F1 being uncertain and the star feeling ‘disillusioned’ at the moment, Express Sport takes a look at the reasons why the seven-time champion may decide to step away from the sport.

Lack of trust in F1 authorities after Abu Dhabi

If Hamilton decides against sitting in an F1 car again, a lack of trust in the FIA after what transpired in Abu Dhabi may have something to do with it.

Verstappen’s first Drivers’ Championship on Sunday was embroiled in controversy after the Dutchman was erroneously allowed by the FIA to go head-to-head with Hamilton on the final lap in Abu Dhabi.

Hamilton led Verstappen for the first 53 laps of the race, having overtaken the Dutchman on the first lap after starting in second.

With just five laps to go, Nicholas Latifi crashed, meaning a safety car was sent out amidst the mess.

Initially, the FIA ruled that Verstappen must wait behind the lapped cars, in what was a six-place difference between him and the Brit.

Yet their reversed decision gave Verstappen the chance to take on Hamilton, using his fresh wheels to his advantage to bring home the title.

Race director Michael Masi and the FIA have been slammed for breaking their own rules and denying Hamilton another title.

Mercedes protested the decisions made at the end of the race but after a review, they were rejected by the FIA.

Hamilton’s passion for F1 and racing in general burns bright and after almost 15 years at the highest level, his love for the sport has never wavered.

However, the 36-year-old has many other passions away from the sport, which he may choose to pursue and spend more time on should he step away from F1.

He is an avid fashion lover and in 2018, Hamilton launched the clothing line TOMMYXLEWIS during New York Fashion Week with American fashion designer Tommy Hilfiger alongside models Winnie Harlow and Hailey Baldwin.

He also gets his creative juices flowing through the realm of music, and plays the guitar and piano.

Hamilton is also passionate about equality and is a prominent advocate in support of activism to combat racism and push for increased diversity in motorsport.

With 2007 F1 world champion Kimi Raikkonen now retired from the sport, Hamilton is now the second oldest driver on the grid, behind Fernando Alonso, 40.

As mentioned previously, Hamilton has been on the F1 circuit for 14 years and is currently locked in for at least another two.

The grid is made up of predominantly younger stars who are battling to become the star and face of the sport when Hamilton does decide to retire.

The grid has a very different makeup to when Hamilton joined the sport and given all of his remarkable accomplishments after almost a decade and a half, he may decide that he has nothing left to achieve or prove.

F1 will have an overhaul next season, with a reshaping of the rules and regulations which were unanimously approved, to try and make races more competitive and exciting for fans.

As well as a cost cap of £124million ($175m) introduced, tyre sizes have been increased from 13-inch tyres to 18-inches, resulting in a heavier car in 2022, which Hamilton criticised.

Hamilton took part in a tyre test with Pirelli following the Emilia Romagna Grand Prix, to help the development of the new wider tyres.

“The cars will be heavier and slower, and we should be faster and more efficient – these cars were better when they were lighter,” he said earlier this year.

“But the people in charge have made those decisions and there’s nothing left to do but accept it.”

If Hamilton does indeed decide to hang up his helmet before next season, Verstappen believes the Mercedes driver has no reason not to return.

“I can understand the first few days after a race like that you’re not happy,” Verstappen said.

“But you should also understand this is racing and these things can happen.

“He should just look back at what he has achieved already.

“That should give him a lot of comfort and it should also be that drive to keep on going because he is still trying to challenge for that eighth title and for sure he can do that next year so I don’t see any reason to give up just now.” 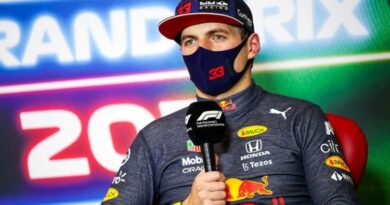