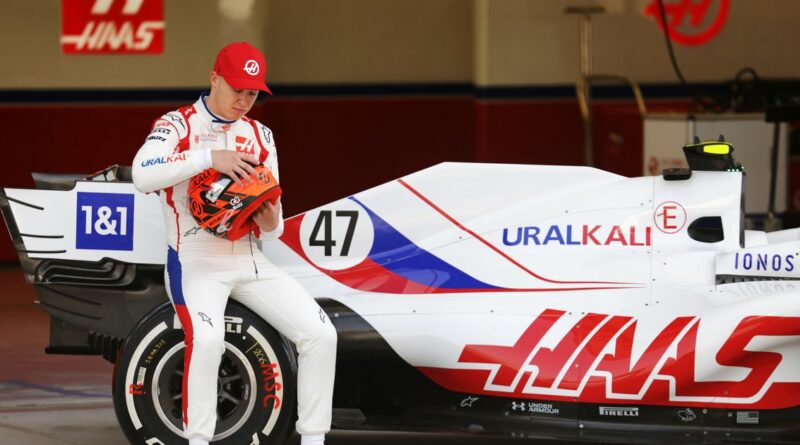 Nikita Mazepin is gearing up for his debut season in Formula One, having inked a multi-year deal to race for Haas, and it's fair to say the Russian youngster has already courted controversy.

Mazepin, 22, is part of a new-look Haas team, who have replaced Kevin Magnussen and Romain Grosjean with two rookies in the form of Mazepin and Mick Schumacher, the son of seven-time F1 world champion Michael Schumacher.

The driver has courted controversy throughout his career and Haas were forced to issue a strongly-worded statement condemning Mazepin's "abhorrent" behaviour just a week after he inked his deal with the team.

In a video posted on social media, Mazepin appeared to touch a woman inappropriately while in the back seat of a car.

The video was later deleted and, despite calls for the driver to be dropped, Haas insisted that the matter had been dealt with internally and Mazepin will still represent their team.

A statement from Haas read: "Haas F1 Team does not condone the behavior of Nikita Mazepin in the video recently posted on his social media.

"Additionally, the very fact that the video was posted on social media is also abhorrent to Haas F1 Team. The matter is being dealt with internally and no further comment shall be made at this time."

Mazepin also issued an apology, which did not even mention the woman in question and has since been deleted from his social media accounts, saying: "I would like to apologise for my recent actions, both in terms of my own inappropriate behaviour, and the fact that it was posted on to social media.

"I am sorry for the offence I have rightly caused and to the embarrassment I have brought to Haas F1 Team. I have to hold myself to a higher standard as a Formula One driver and I acknowledge I have let myself and many people down. I promise I will learn from this."

He has also been criticised for being a 'pay driver', with his billionaire father Dmitry Mazepin rumoured to be investing $20million into Haas for each of the next two years.

However, Haas' team boss Guenther Steiner has defended the idea that Mazepin is a 'pay driver', saying: "There are a lot of drivers who reach F1 with financial support.

"There are some very good drivers in F1 who brought a sponsor in the beginning. The first that comes to mind is Checo [Sergio Perez]. Checo came to F1 as a paying driver. Look at him now, he’s on the podium, he’s doing a good job.

"George Russell is for me one of the best drivers, but without the help of Mercedes he would be nowhere. There are a lot of them; Lance Stroll is on the podium. If they are good in F2 and have a sponsor, it is a perfect solution.

"When I spoke to Niki [Lauda] a long time ago he said, 'I came to Formula One thanks to a bank that sponsored me. I was able to buy a steering wheel'. And he was World Champion three times.

"It all depends on the angle from which you see things, whether you want to see the glass half full or half empty.

Back in 2016 when he was racing in Formula 3, Mazepin received a one race ban after punching British driver Callum Ilott and leaving him with a black eye and a swollen jaw.

Frits van Amersfoort, Ilott's team boss, was left furious by the lenient sanction, saying: "This is a ridiculous decision by the stewards. Callum was attacked twice in the face – twice!

"The first reaction might be emotional, but then they were separated and he was attacked again. He has a black eye, he has a swollen jaw, he's been hurt [emotionally], not just attacked.

"When you make a tackle on the football field and the other player kicks you, he gets a red card immediately. I'm utterly disappointed by the stewards and the FIA."

Mazepin insists that he has learnt from his "mistakes", saying: "You try not to make mistakes when you're out of the circuit [but] it happens. I've made a huge mistake. I've taken responsibility for it. I've learned from it. I'm looking forward to a clean year ahead.

"I have taken the responsibility for it and both on and off the circuit we as human beings have to show a certain behaviour towards each to live in a calm and [sic] humanity world. I am confident that I will be one of those humans from now on." 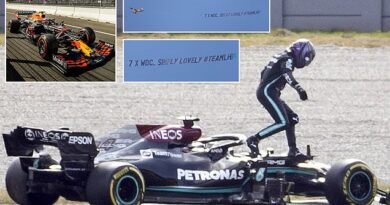 Hamilton will turn the boos into motivation against Verstappen