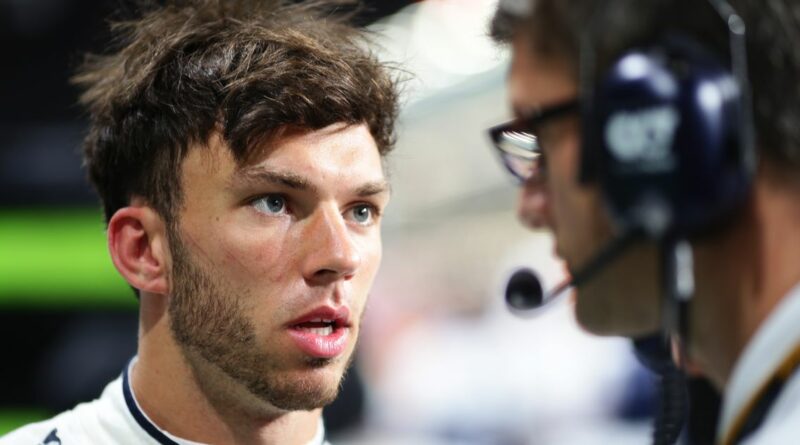 Pierre Gasly had to go through the pain barrier before securing an eighth-placed finish at Sunday's Saudi Arabian Grand Prix.

The AlphaTauri driver bounced back from a disappointing race in Bahrain, where he was also running in P8 before being forced to retire after his car caught fire. But after qualifying ninth at the Jeddah Street Circuit, the Frenchman duly notched his first points finish of the campaign.

It salvaged the day for his team after partner Yuki Tsunoda failed to start, having suffered a suspected drivetrain failure on his way to the grid. However, it's since emerged the afternoon was anything but straightforward for Gasly either.

The 26-year-old has since revealed he was struggling with extreme abdominal pain in the latter stages of the race. As a result, he sought immediate medical attention after crossing the line behind seventh placed Lando Norris.

Regardless, Gasly was happy with his work, having worked his way up from 14th place after his race was hindered by the safety car that emerged following Nicholas Latifi's crash. "Anyway I'm just happy the race is over and happy we got these points," he added.

Gasly was told he could cut short his post-race media duties to be seen by a doctor, to which he replied: "'I've seen him already, we'll see after. I don't know what it is but it was not a nice feeling, it was more like surviving rather than anything else. But we'll see what's happened."

It's been billed as a big season for Gasly, who in 2021 finished ninth in the standings with a total of 110 points – his biggest to date in F1. That followed a 2020 season where he notched his sole F1 win to date, prevailing in the Italian Grand Prix at Monza.

Many have tipped him to one day re-join sister team Red Bull, who he drove for during the 2019 campaign. However, after an underwhelming first half of the year, he was demoted back to reserve driver in favour of Alex Albon.

The race in Saudi Arabia was won by Gasly's former team-mate, Max Verstappen, who overhauled Charles Leclerc with four laps remaining before holding him off in a thrilling finale. Leclerc's Ferrari partner Carlos Sainz was third.

However, the weekend was overshadowed by the missile strike which took place nine miles from the track on Friday, causing the outbreak of a huge fire. It resulted in late night emergency meetings between drivers and F1 bosses, before it was confirmed the race would be going ahead.

The developments left the FIA open to accusations of valuing the commercial value of the race over driver safety, but CEO Stefano Domenicali has defended the decision, saying no one had the right to 'judge the morality' of F1.

Formula One: No race will be cancelled even if a driver has Covid, says F1 boss Chase Carey