Mercedes-Benz introduces their vision for the EQXX

George Russell explained that he ‘almost did a wheelie’ as Mercedes struggled in the first practice session at Monaco. The 24-year-old’s W13 was running poorly across the iconic street circuit due to the level of stiffness with the suspension.

In order to generate more downforce from the ground-effect technology, the cars have to run as low to the track surface as possible. Explaining what he experienced, Russell told the F1 website: “You’ve got to give it [the car] a bit more respect than you would do ordinarily because it is just constantly smashing against the floor.

“We’ve experienced a lot of that this year but this year is a very different philosophy and reasoning for the bouncing. There are sections where both the tyres are off the ground because of…turn five you’ve the front-right up in the air, and it’s so stiff even the front-left is popping up off the ground as well.

“It’s almost like doing a wheelie, with no front wheels on the ground. It’s tricky. I don’t know what more we can do with the car. We’re doing everything we can to try and make it a bit easier for us to give us a bit more confidence.”

Despite the tricky practice sessions, Russell managed to finish sixth fastest, behind McLaren’s Lando Norris and the sessions was topped by Ferrari’s Charles Leclerc, with teammate Carlos Sainz in second. Seeming to concede any chances of another podium or even a race win, Russell praised Ferrari and expressed his desire to be the ‘best of the rest’ come Sunday.

“The stiffness of these cars are very, very stiff, and around a bumpy street circuit, it is not easy to put on the limit,” he added. “That’s one of the biggest difficulties. But we’ve seen Ferrari flourish again. We’ve seen how good they’ve been over kerbs, we saw it at Imola, that they were just smashing over them with relative ease, and it’s obviously playing into their hands at the moment.

“We’ve got a lot of work to do overnight. I’m not too sure we can really close that gap. But nevertheless it’s always good fun to drive around here. I don’t feel too bad after today. I could be feeling better. It was a relatively good day but we are not where we want to be. It’s P6, with a McLaren in front of us.

“We want to be best of the rest. That’s a fair result this weekend, behind Ferrari and Red Bull.”

Russell is the only driver on the grid to have secured top-five finishes at every Grand Prix since the beginning of the season and will hope to keep that record intact with a solid performance this weekend. 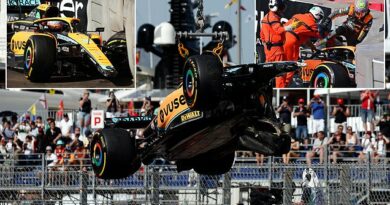 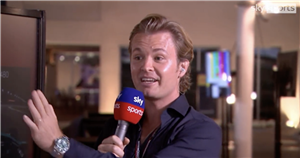 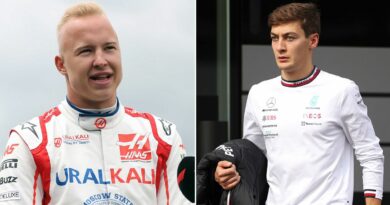