Mercedes newcomer George Russell appears to be imitating seven-time world champion Lewis Hamilton by expecting such high standards of himself. Russell laid down the gauntlet to Hamilton and 2021 world champion Max Verstappen by declaring the world title is in his sights.

Russell is set to race alongside boyhood idol Hamilton when he represents the Silver Arrows in 2022.

The Brit has plenty of goals he wants to achieve in what looks set to be an illustrious career.

The 23-year-old is incredibly ambitious though, and has set his sights on not just podiums and winning races but securing the world championship claimed by Red Bull’s Verstappen in dramatic circumstances at the 2021 Abu Dhabi Grand Prix.

In a recent interview with Crash.net, Russell suggested that when he first qualified for Q2 with Williams’ incredibly uncompetitive car, the team celebrated a lot – but their attitude changed as that became the standard.

He then celebrated achieving Q3 positions, but even that wore off as Russell began to eye competing at the front of the grid.

The young star appears to possess the elite mentality carried by Hamilton, who has famously set the bar high for himself.

If Russell does the same, the sky could be the limit for the ambitious and fearless Brit.

The upcoming 2022 season will be the biggest of Russell’s career after he swapped Williams for Mercedes.

He spent three years at the British outfit and attracted attention with some stunning performances despite the uncompetitive machinery he piloted.

The new season will not be the first time Russell has set foot in a Mercedes. When Hamilton was ruled out of the 2020 Sakhir Grand Prix, Russell was handed the opportunity to prove himself as he stepped up to Mercedes for a one-off stand-in appearance.

Russell appeared set to win the race before tyre issues derailed the fine driver, condemning the Brit to a P9 finish – but he insists the disappointments will drive to greater things in the future.

“It wasn’t just the Mercedes experience, but there were other experiences as well, and dealing with and bouncing back from disappointment is part of life and part of competitive sport,” Russell told Crash.net.

“You know a championship isn’t won or lost in one race, it’s won over the course of a season. You will always have disappointing race weekends, you’ll have failures, you’ll have success.

“But if you don’t bounce back from those disappointments, you are only going to compromise yourself and your team for the remaining races.

“So accepting those disappointments, learning from it, and equally just moving on and going from there.”

With an elite mindset that utilises failures to drive him to greater success, Russell is certainly on the right track as he tries to follow in Hamilton’s footsteps to achieve glory in F1.

The 23-race 2022 campaign begins on 18-20 March, with winter testing for the all-new generation of cars underway from 23 February. 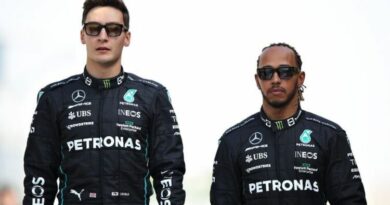 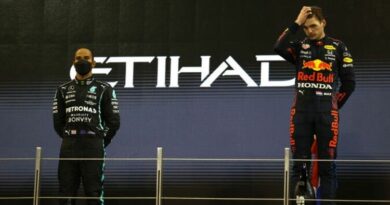